Birds on the brain

Just in case you thought I'd finished with the bird theme...... 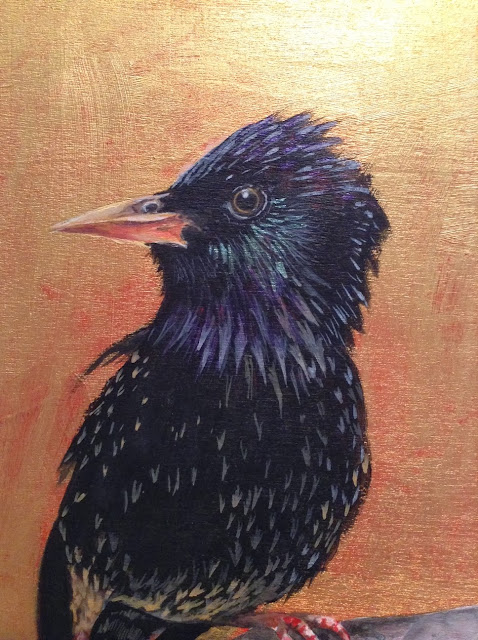 This fluffy young starling I've shown you before is almost done. I've used iridescent acrylic paint to capture the sheen on his head and neck feathers. I think he needs even more v shaped patterning on his body before I'm finished completely. You might think of starlings as black but in truth he's ridiculously shiny and colourful. 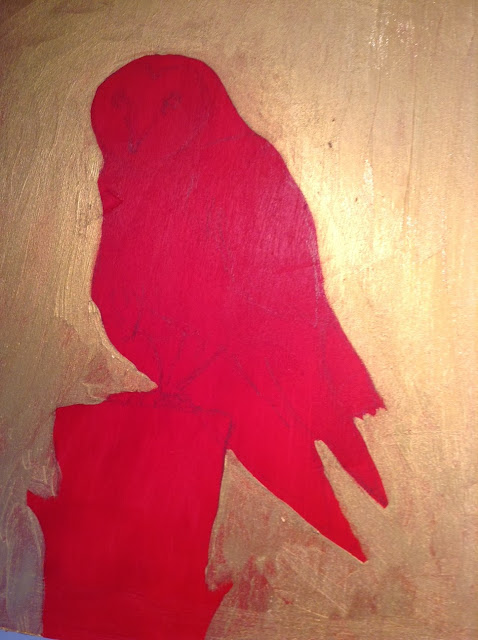 And today I blocked in the outline of a barn owl. Hopefully I'll find a bit of time tomorrow to get started on the bird itself. They are becoming increasingly scarce - we used to see one every evening as the light faded. In fact he was such a regular visitor we used to invite friends to come and share the spectacle as he flew silently patrolling the fields that surround our house. It was a privilege to be so close to an unbelievably beautiful creature - we'd sit in the garden with a glass of wine on summer evenings waiting his arrival. Although we hear owls calling to each other almost every night here sightings of this particular breed are rare now. 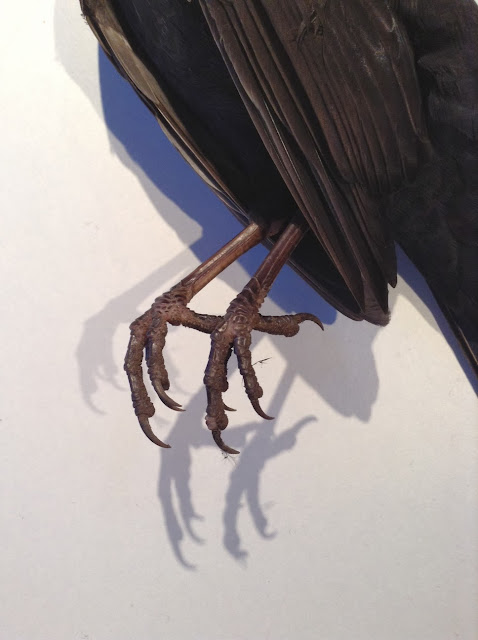 I usually resort to photographs in books as inspiration for my bird paintings but I have no excuse for painting poorly observed feet after finding a dead blackbird in the garden this afternoon. There wasn't a mark on him so I've no idea how he met his doom but I've taken lots of my own photos for future reference. I was sad to see him but it's not often that you have the opportunity to look so closely, so of course I made the most of it. 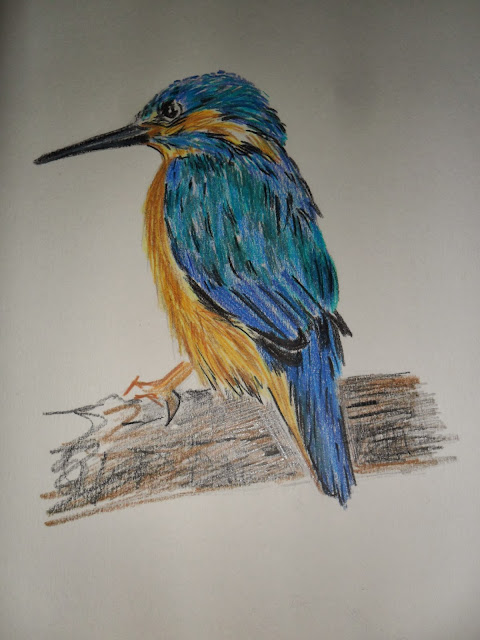 I'm not the only one with birds on the brain - Thanks to Susan for sharing her sketch of a kingfisher with me! Lovely drawing Susan!

Coincidentally, I spotted one myself only yesterday. Laura now lives by a small river and a flash of brilliant blue and rust shot right over my head as I approached the house. I'll be looking out for it every day from now on. 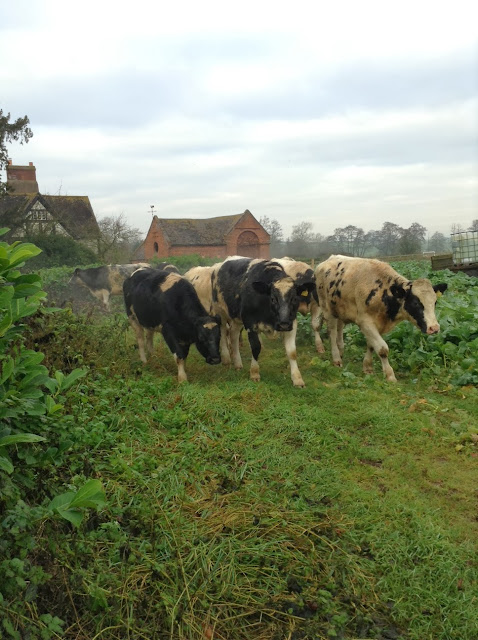 She's moved to a picture postcard village with nature on the doorstep. This is the view from the front of the house. When I want a break from birds maybe I'll look to more of the locals for future inspiration! These young guys were turned out into the field of kale this week and seemed very disgruntled at its bitter taste. 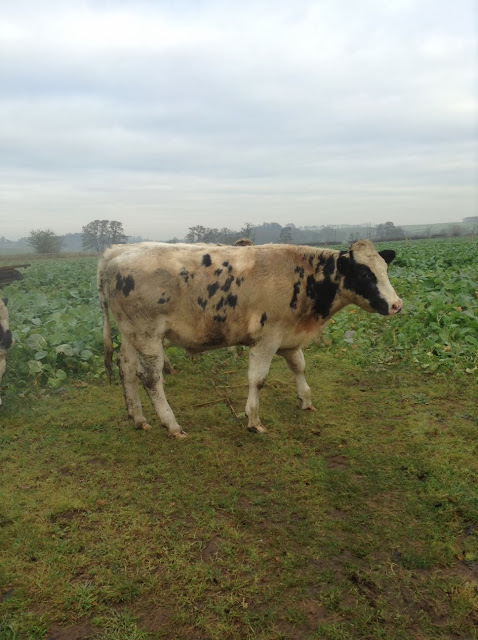 They are Holstein crossed with Belgian Blues if you're interested! This one posed for the camera before moving off the explore his new surroundings. There's an electric fence which seemed to come as something of a surprise to them - don't think it will take long for them to learn that lesson!

Although I'm currently loving my painting I've not abandoned sewing altogether! This afternoon I added a patchwork frame to one of the bird panels in my Fingerprint fabric range and machine quilted it with a gorgeous variegated Madeira cotton thread. I plan to add some painted details then I'll let you see how it turns out.

Thanks for visiting. Hope you'll come back soon! Linda