It's lovely having a great big garden except of course when it comes to gardening! Much as I love to loll about with a cold drink in the evening sunshine the work has to come first. He who gardens does nearly all the hard labour but at this time of year, when there's so much to do, I have to give a helping hand too. 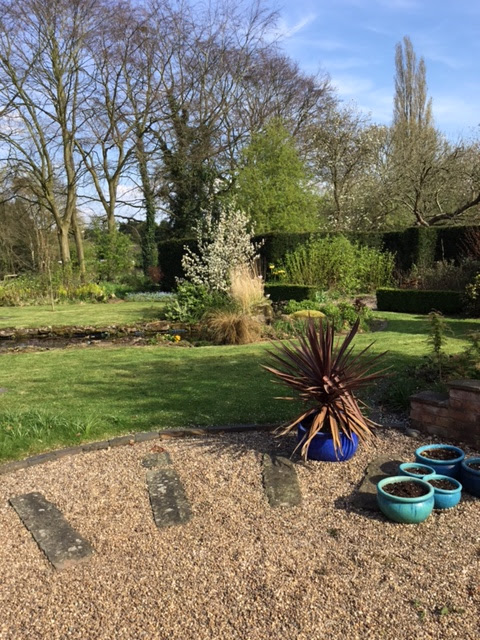 It's been glorious weather for a few days so I haven't minded being out of doors. I'm something of a fine weather gardener but we're told we need our daily dose of vitamin D aren't we so I can kill two birds with one stone and think myself both healthy and virtuous. We've spent most of the weekend tidying away all the old growth from last year. The seedheads have provided food for the birds through the winter but they've done their bit now and the compost heap called. 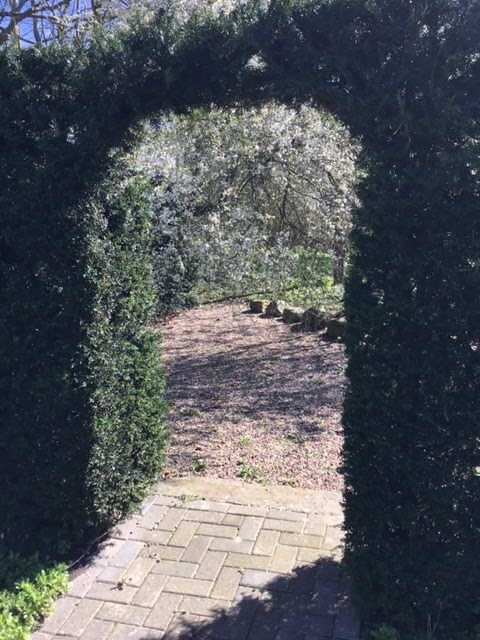 We've lived here since 1988 so plenty of time for everything to become well established. One of my favourite things is the yew hedge which we planted in a snow storm a few years ago. People seem to think yew is slow growing but those little sticks have become a lovely 8 foot high wall of dark green with a doorway that leads through to a really tranquil gravel garden. Nowhere better to sit on a scorchingly hot April day. 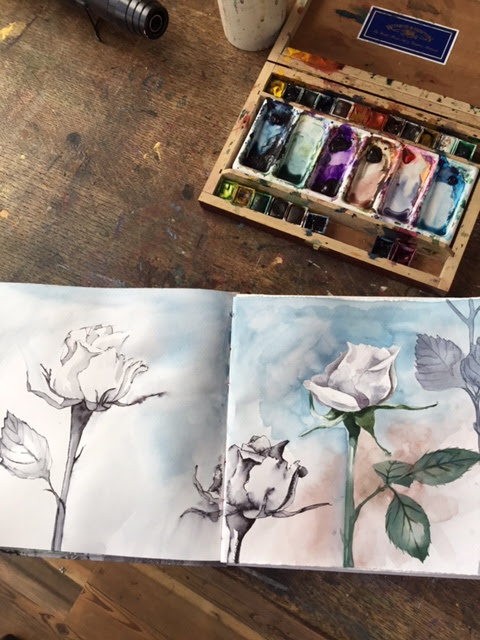 Of course it's true what they say about all work and no play so, this afternoon when my back had told me it had had enough bending, I had an hour in the studio with my sketchbook. There aren't any roses in flower yet but the bushes are leafing up nicely and it won't be long before I can paint from life. In the meanwhile last year's photos will suffice. 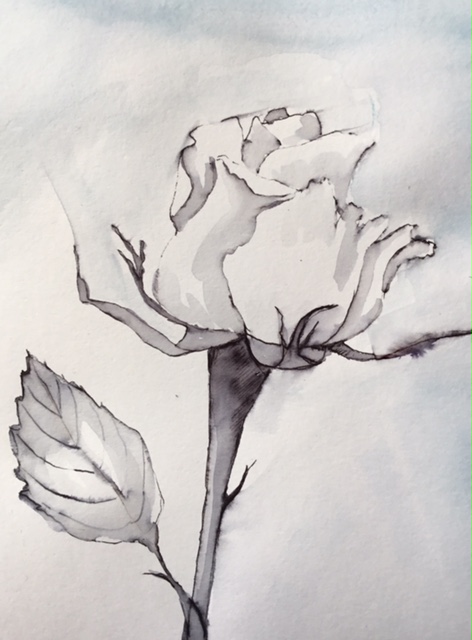 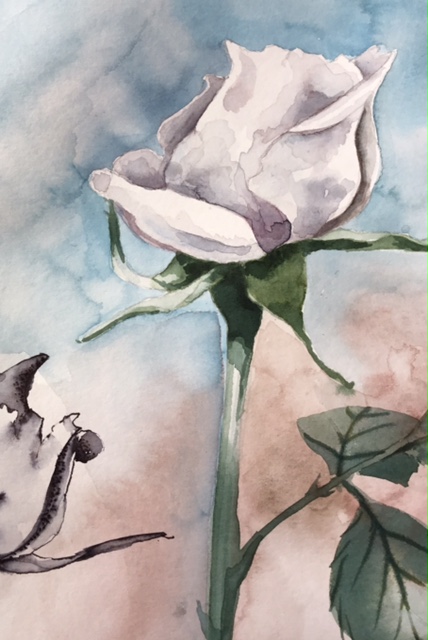 I'm working in one of Laura's printed sketchbooks but today I chose to work on a blank page rather than one with existing colour and pattern. The white roses are very low key - the petals are pretty much untouched white paper with only the shadows placed to describe the form of a flower. I used a combination of coloured pencils, watercolour paint and soluble pen. Very enjoyable - now for that well earned gin and tonic and a loll in a deckchair to catch the last rays!