We spotted a bright green moth in the conservatory yesterday and assumed it was something very special and rare. Turns out it's actually common and can be found all over the UK. 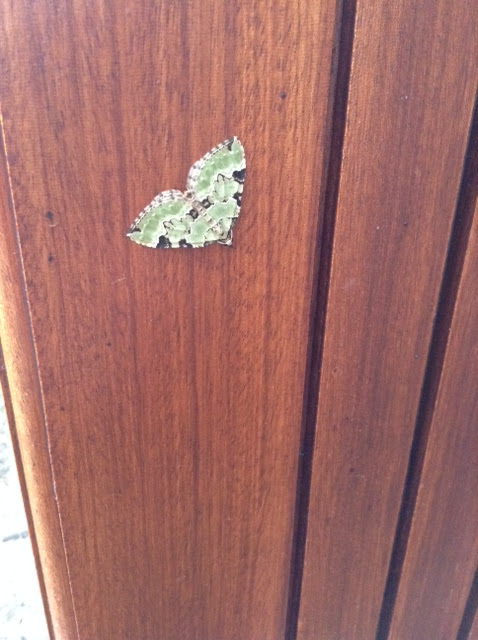 I have it on good authority that it's only green for a short while when it first emerges - it turns pale and dull as it ages. That's my excuse for never have noticed one before now! 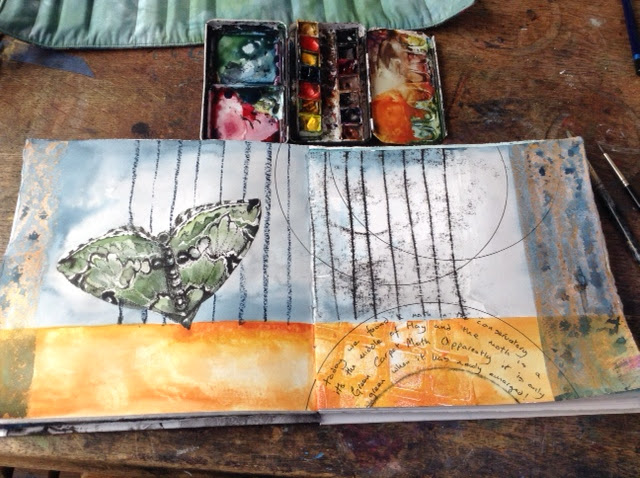 He was so beautifully patterned that I thought he'd be a perfect subject for my printed sketchbook. The print on this spread was fairly minimal - just the vertical black lines, some orange squares and a partial circle on the right hand page. The left page was blank. I've tried to match the colours using watercolour and oil pastel and I've added extra lines as well as drawing on three more circular shapes. 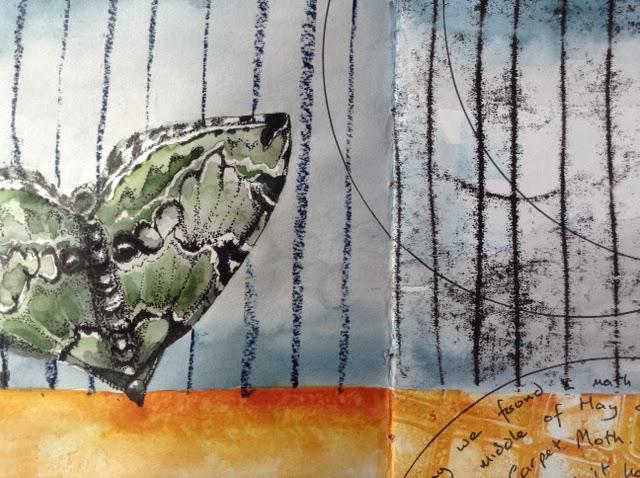 I've discovered he's called a Green Carpet Moth and I've recorded that fact, together with details of when and where we found him, by writing between two of the arcs. 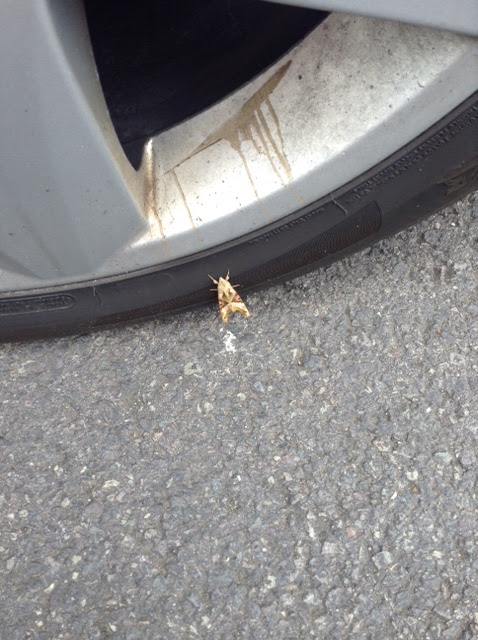 Coincidentally we spotted another beautiful moth this morning. I should confess, it was 'He Who Gardens' who actually pointed him out to me. We were walking back from the market and I must have been in a dream. I'm sorry about the useless photo but he was perched so low down on somebody's car tyre and my old knees wouldn't let me get any closer to take the photo. I was bent double in the middle of a busy road and I was also nervous that the car owner might appear and question why I was paying his vehicle so much attention! 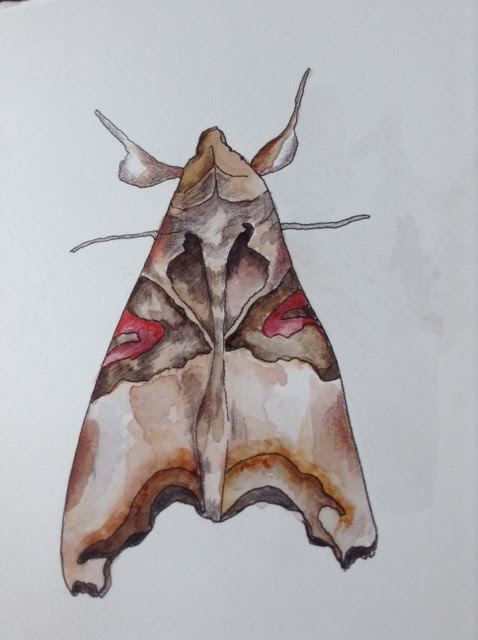 Moths aren't the easiest subjects to draw or paint but I enjoyed giving it a go this afternoon. He is, by the way, an Angle Shades Moth. Isn't that a peculiar name? I must do some more research!