Blast from the past

An old school friend got in touch this morning. She'd discovered a photograph of us aged 16 on a school trip to London. Laura laughed herself silly when she saw it! What is my hair about? 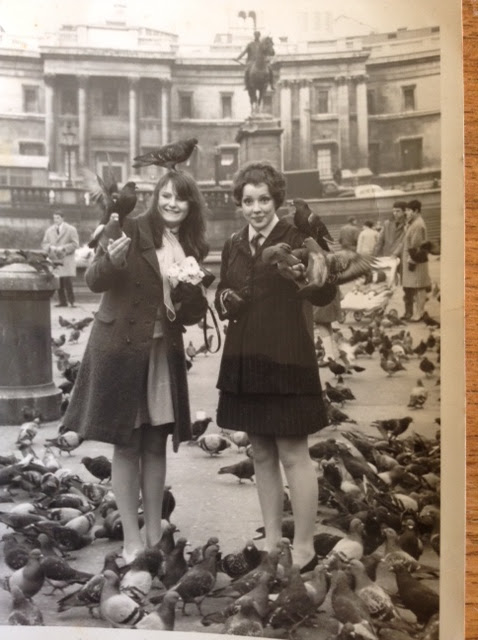 Oblivious to issues of health and safety, here's Livvy and I up to our ankles in pigeons in front of the National Gallery in Trafalgar Square. I know it was a long time ago but really, black and white photos?? Had colour not been invented yet? Funny thing is, I remember that outfit so well. I made it myself from chocolate brown, pinstripe wool. There was a waistcoat too although you can't tell that from the picture. I'd mastered button holes for the first time and I really thought I was the bee's knees! 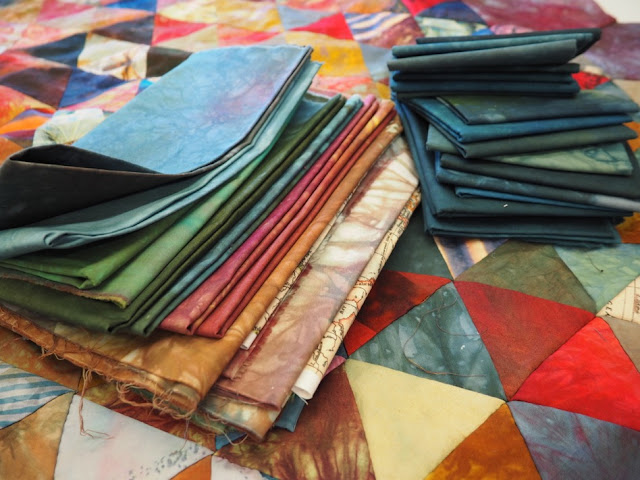 Back in the real world, I've been helping with Fingerprint orders a bit this week. This has involved slaving over a steamy iron and cutting up fabrics ready to post out to customers. I'm very cheap labour but I wreaked my revenge by plundering Laura's stocks of hand dyes. Now that I'm working on a huge quilt I need fabric! This quilt was meant to be a way to diminish my heaps of scraps but I've underestimated how many I need for such a massive piece. The main trouble is, my plans to be really random with colour choices have fallen by the wayside. I'm such a control freak I have to introduce some formality and that means bands and borders of consistent colour. Turns out odd scraps just won't do! 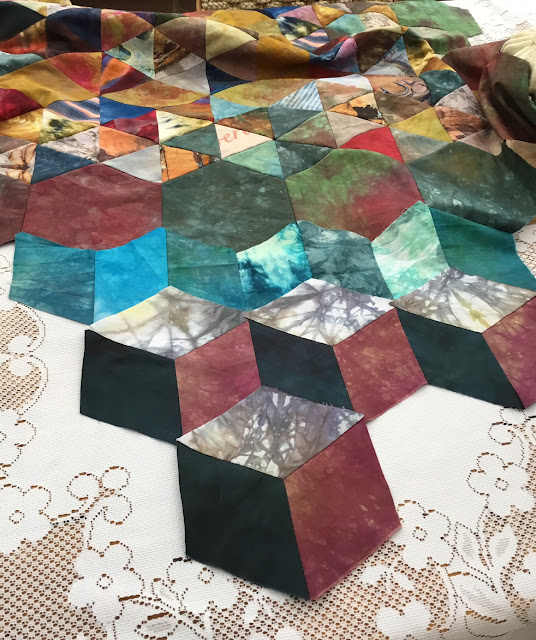 Here I'm auditioning the turquoise chevron border and the first few of the Tumbling Blocks that will surround everything. As you can see, there's still variation in the colours of the fabrics but I need to keep the values similar or the 3D effect won't read well. I've neglected this piece for too long but now that I'm back on track it's becoming an obsession - does anyone else stitch standing up in the kitchen while they watch the soup simmer or is it just me?

Bye for now,
Linda x
Posted by Linda Kemshall at 11:20