I've been drawing on my iPad for the last few days and I think I may have a new obsession! 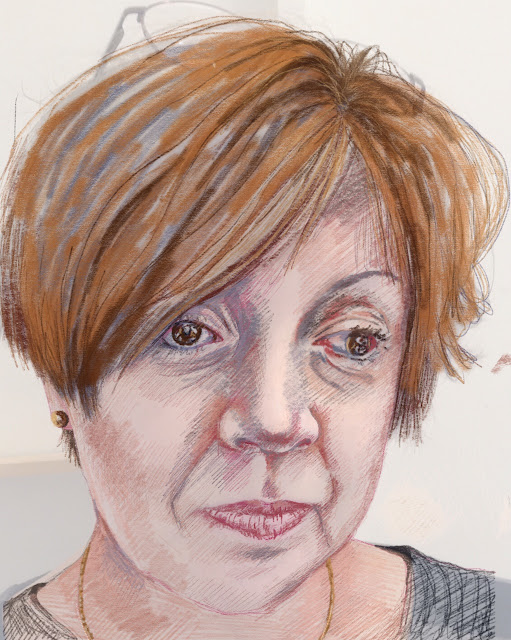 I've treated myself to an Apple pencil and it's made a huge difference to the detail I can achieve. Fingers just don't compare! If you're interested, I'm working in Procreate. 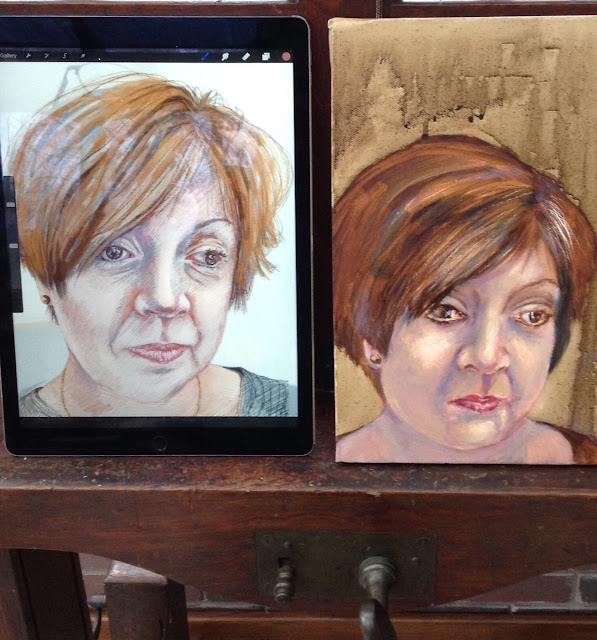 It's interesting when I compare the digital drawing with the oil painting. (Anybody else think it looks more like Sharon Osbourne than me - thank goodness I don't have to live with Ozzy?) Admittedly the painting isn't finished yet but right away I can see where I've gone wrong. The lips are too narrow and the cheeks too round! I worked both these portraits from the same photograph so they should be more alike. I'll need to slim the painted face down a bit which is no problem - if only it was that easy in real life! 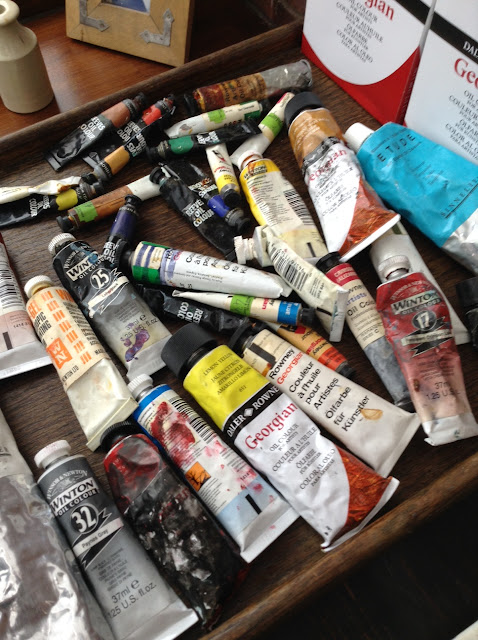 Of course I won't be abandoning my paints and brushes just because I've got a new toy. The world is big enough for both.  I've already prepped a new canvas and I'm just putting off the moment. I've been prevaricating a bit - spent far too much time arranging and rearranging stuff this morning instead of just getting on with it. 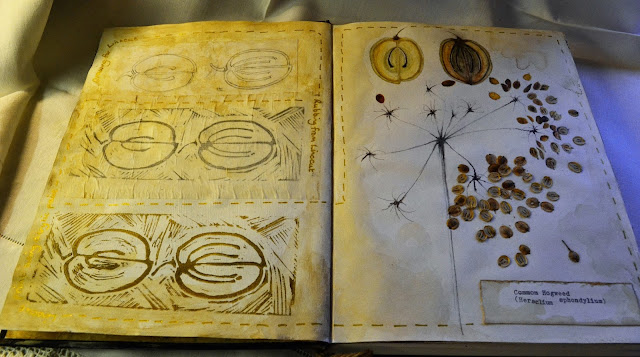 Don't understand why I'm so nervous to start something new after all the drawing practise recently. The Art Diary Challenge really focussed my mind and it was so popular I am thinking we may have to do something similar again later this year. One of our Highly Commended winners for 2015, Annette, sent me a few more of her diary pages........... 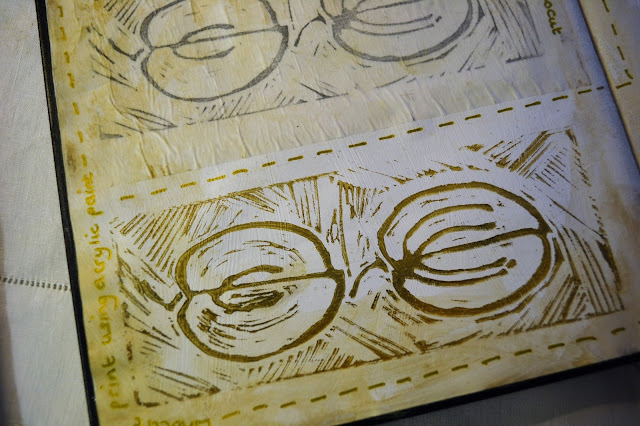 Nature is always a wonderful source of inspiration and these prints have a lovely quality don't they? Thanks for sharing Annette!

Winter seems to have arrived finally and we woke to snow again this morning. Nothing to get excited about though - just a light dusting that melted away almost as soon as it had appeared. The day remained overcast and dismal - always a sign on a gloomy Sunday morning that the best place to be is in the kitchen. 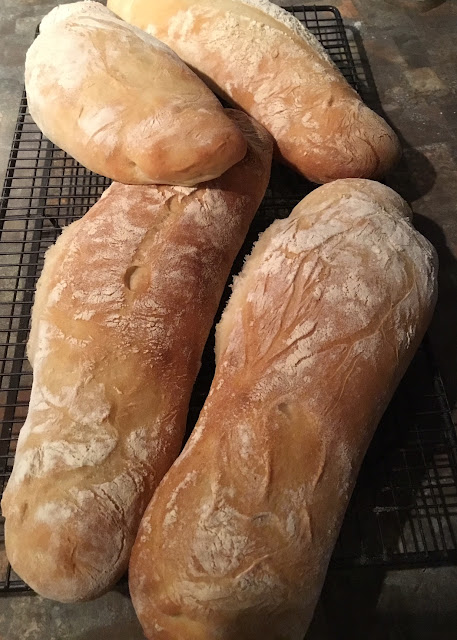 I think I'm getting good at ciabatta! Today I followed the recipe in Bertinet's book 'Dough'. Last week's batch used his recipe in 'Crust'. We shall have a scientific tasting later today to decide on our favourite. Just waiting for these to cool down enough to slice!

I'm in a quandary right now. I've got the big patchwork I'm working on spread out over the table in the conservatory where the daylight is great for hand piecing but my easel and a brand new canvas are also set up ready for action - decisions, decisions!