Laura won't thank me for showing you this photo......as you can see she wanted to remain incognito! 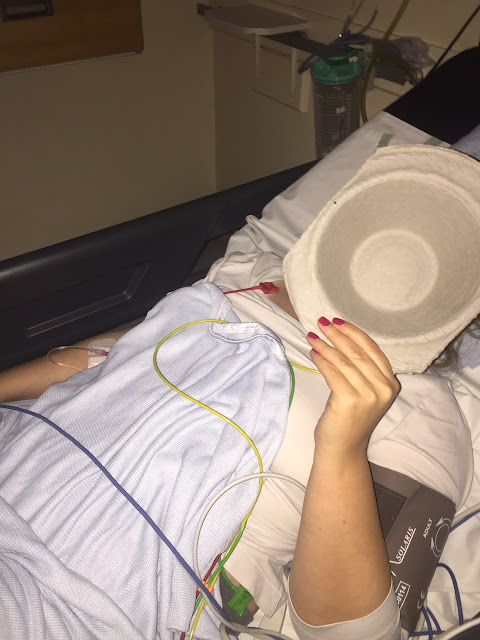 After thinking she was on the road to recovery we had another alarming trip in an ambulance this week. The third 999 call in as many weeks. I have to tell you that seven hours in the middle of the night in A&E is no way to spend a big chunk of the weekend! Although we still don't have a diagnosis of the root cause of her illness we have discovered that Laura can't tolerate huge doses of iron. Luckily, intravenous fluids and anti nausea medication had her back on her feet and on her way home in a short space of time. There are more hospital procedures to come but in the meanwhile stopping the iron tablets has had a miraculous effect! Laura has to take things a bit easier in future and so don't be surprised if you see her sister's name appearing more regularly in all things relating to DMTV and Fingerprint. We're really lucky to have Frances to call on and share the load when we need extra help, especially with the website and social media - she's a real whizz at all that stuff and let's face it, I'm hopeless in that department! 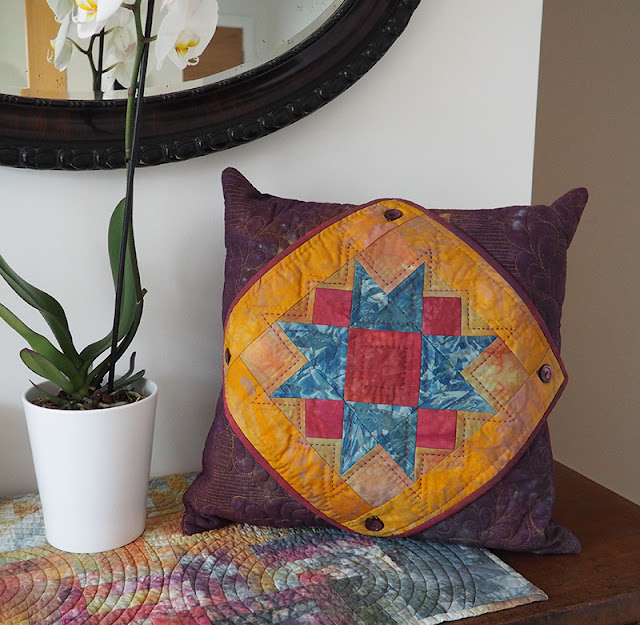 In the midst of the drama, work continues on renovations to Laura and Jamie's house. Ideally the  arrival of the workmen would have been postponed till she was better but when you wait so long for anything to get done it was decided to let them go ahead as planned. The next stage of work involves moving all the shop stock to another part of the building. On starting that yesterday we unearthed these two cushions that I made quite some time ago for a video we called something like, 'Button It' or 'Button Up', I can't remember exactly which. We make loads of stuff like this and it usually gets lost in the depths of the studio never to be seen again! We've added them both to the DMTV shop where you'll find lots of detail images listed under 'Linda's Work'. 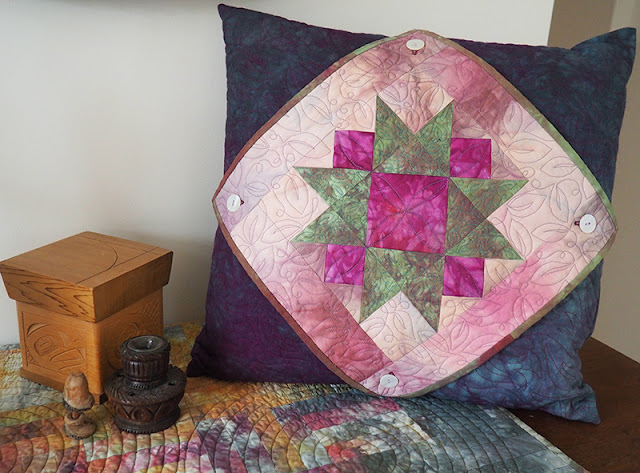 We have a LOT of pieces that really need to find new homes and so we'll be adding them to the shop over the next few weeks. Let's call it a spring clean come early! OK, very early!

Thanks for reading today - Linda x
Posted by Linda Kemshall at 13:21