Isn't it funny how some days you just seem to wake up with more energy? Don't know what caused it but I wish it could happen more often! Today we've recorded a video, answered a million emails and found time for a bit more painting. In between time I made two enormous loaves of bread. All that creativity gives you an appetite! 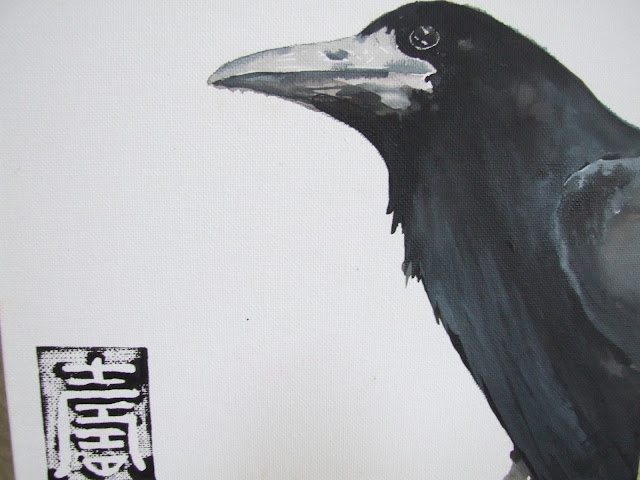 I quite like this fellow although he does look a bit gormless don't you think? He's only in the early stages yet and will be given something to hold in his beak next time I get to work. As you can see I'm making good use of the print block! 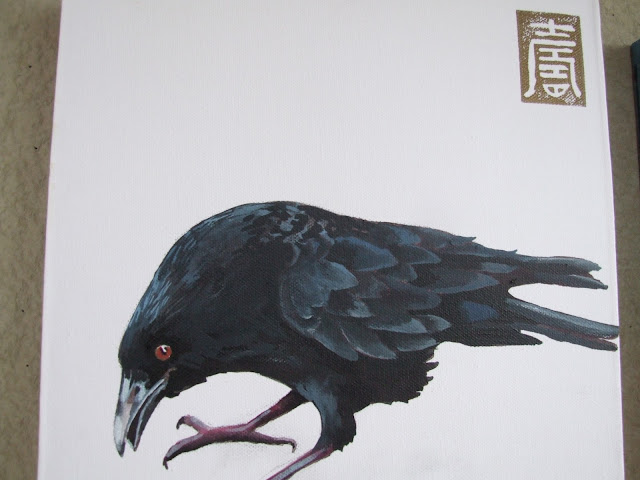 This crow is one I've painted before. He had a berry in his beak last time - this time I'm thinking a twig of cherry blossom to fit in with my oriental theme. He needs something to stand on so he doesn't look like he's levitating poor thing. 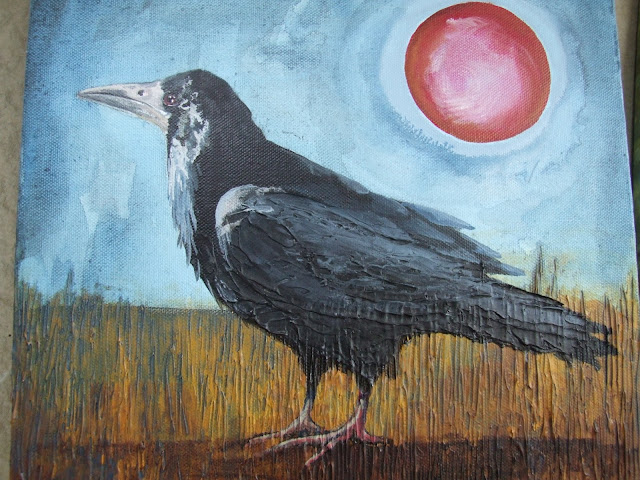 The rook is looking more finished now that I've added more detail to his feathers but he's still waiting for something to hold and also a final glaze of transparent paint over that too bright sun! 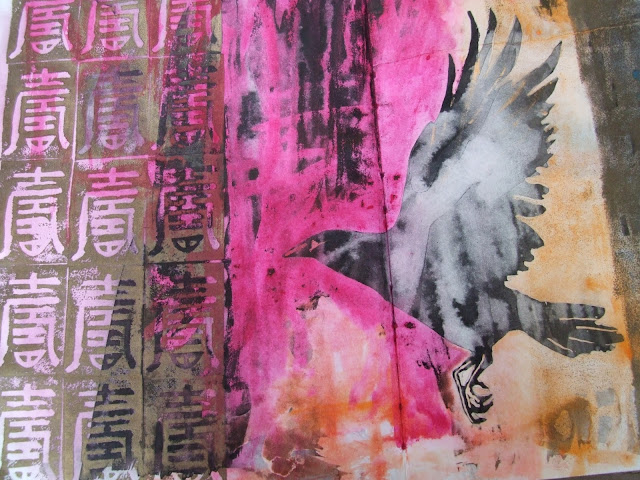 This is a page from one of my current sketchbooks. I really like the effect but I'm not allowed to tell you much about the technique yet - it's what we're showing in next week's DMTV video! 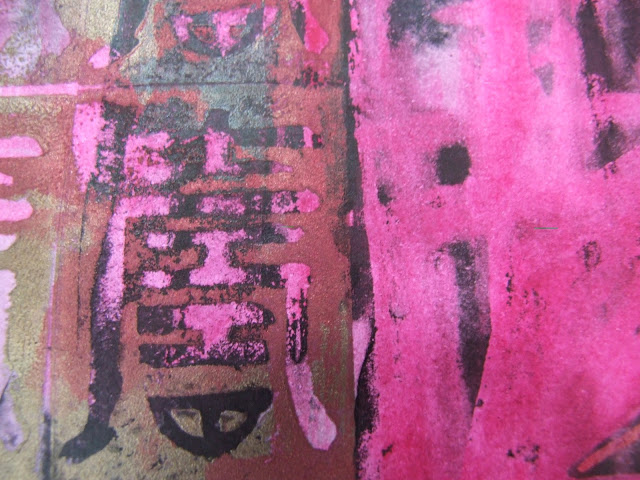 You're not supposed to shout about your own work are you but I do love the effect in the close up!! 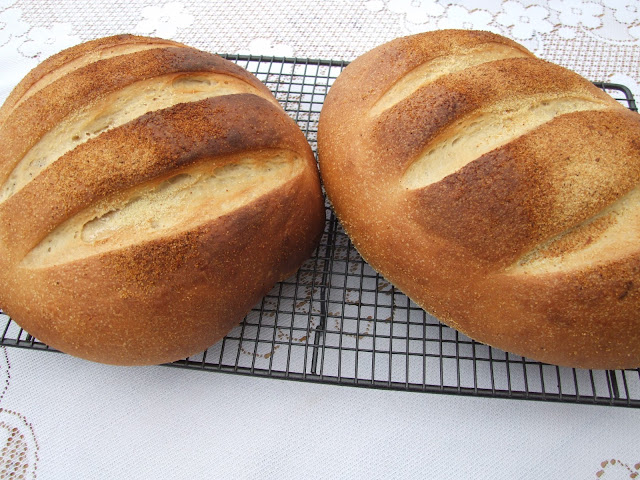 It has been a full and satisfying day, and just because it smells as good as it looks, I may have to reward myself with a sandwich! I know, I know - I'm very easily pleased!

Hope you've all had a good day too!
Bye for now,
Linda
Posted by Linda Kemshall at 17:25