Months ago we trawled through the gig list of our local live music venue and bought tickets for some of our favourite artists. Since then we've enjoyed some great evenings entertained by the likes of Eric Bibb and Paul Jones' Blues Band. It was only when I checked my diary that it dawned on me that we also had tickets for the 19th March. Now a Wednesday night is not usually a big night for us but arrrggghhh this was set up day for Fashion, Embroidery and Stitch at the National Exhibition Centre. What terrible timing. I was running around trying to keep up with an energetic toddler all day and after a long day loading, unloading and building the display, to say nothing about the tedious motorway journey home, 'he who gardens' would be ready for a beer and a lie down! The last thing either of us would want is a night on the town. I nearly called the whole thing off but seems we oldies are made of stern stuff and so after a quick wash and brush up off we went. How glad I am that we made the effort! 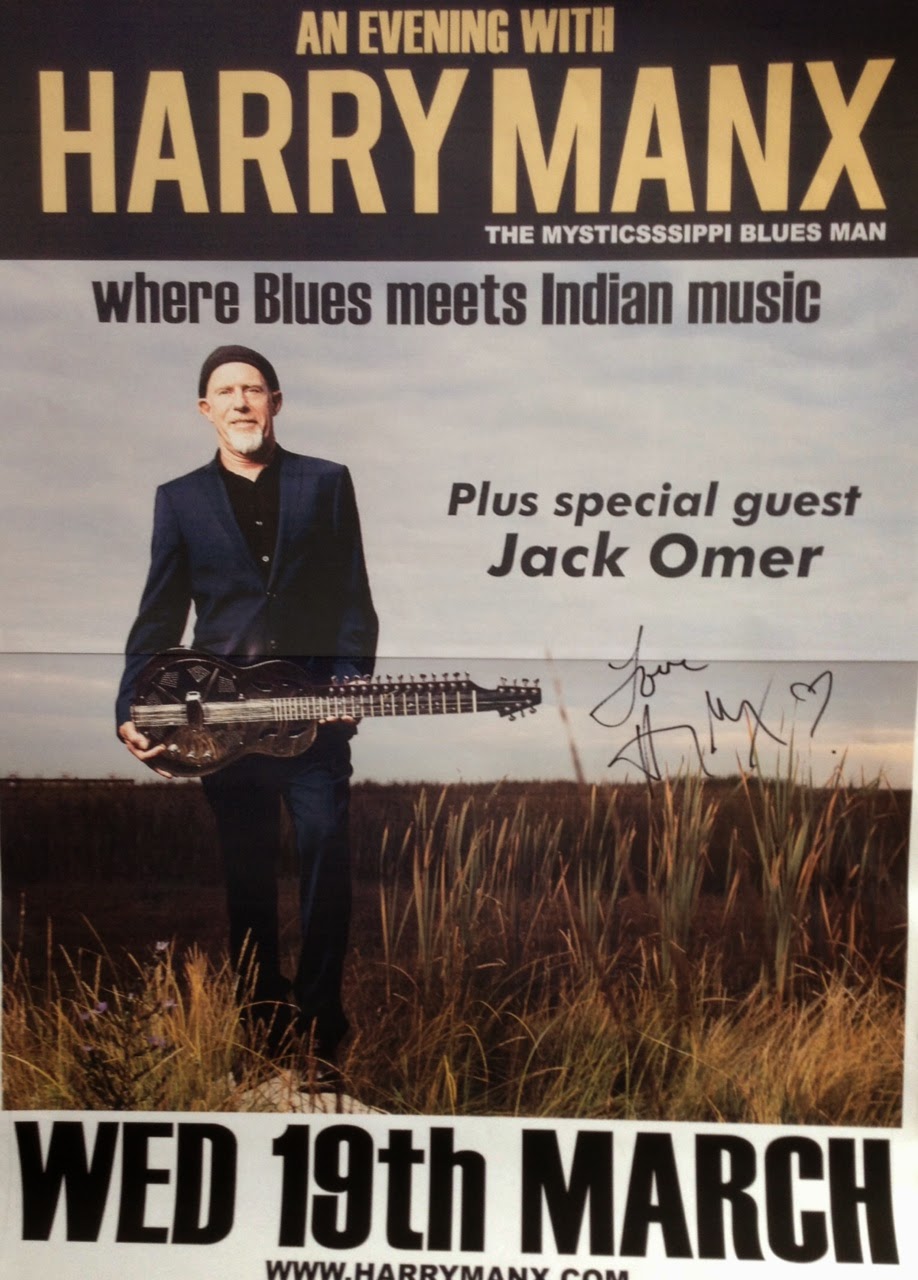 We were first introduced to Harry Manx's music by our Canadian friend Catherine but this was the first time we'd seen him live. He was spectacular even if it made for a late night. He even came over for a chat and to sign our poster which will now grace the wall of fame (or as he called it, the wall of shame!) in my studio! 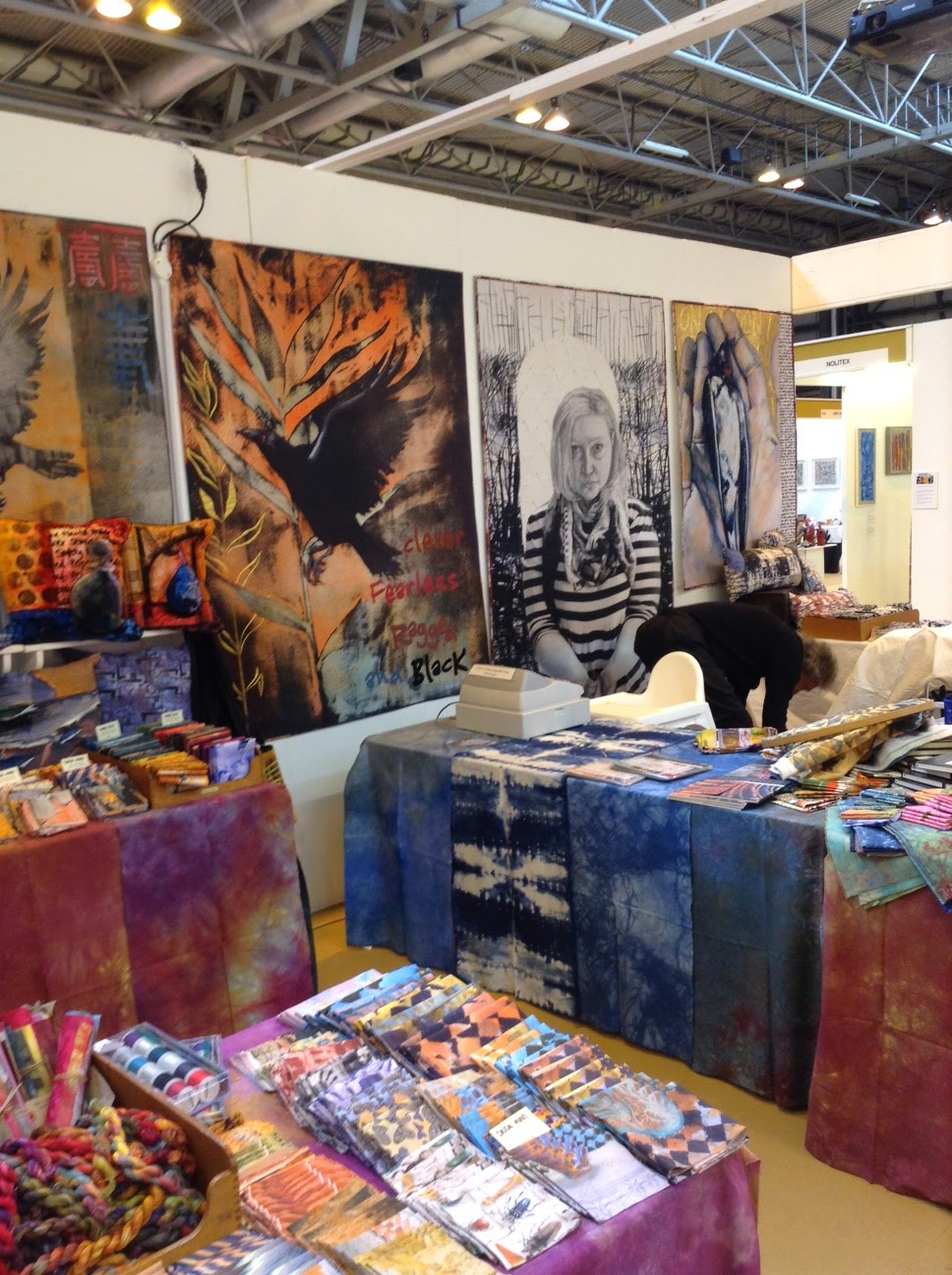 It felt as though my head had barely touched the pillow before we had to be up and off to the show. Laura had done her usual brilliant job of displaying the quilts and fabrics despite not feeling 100%. The quilts look pretty eye catching don't they? I probably shouldn't say that myself though. 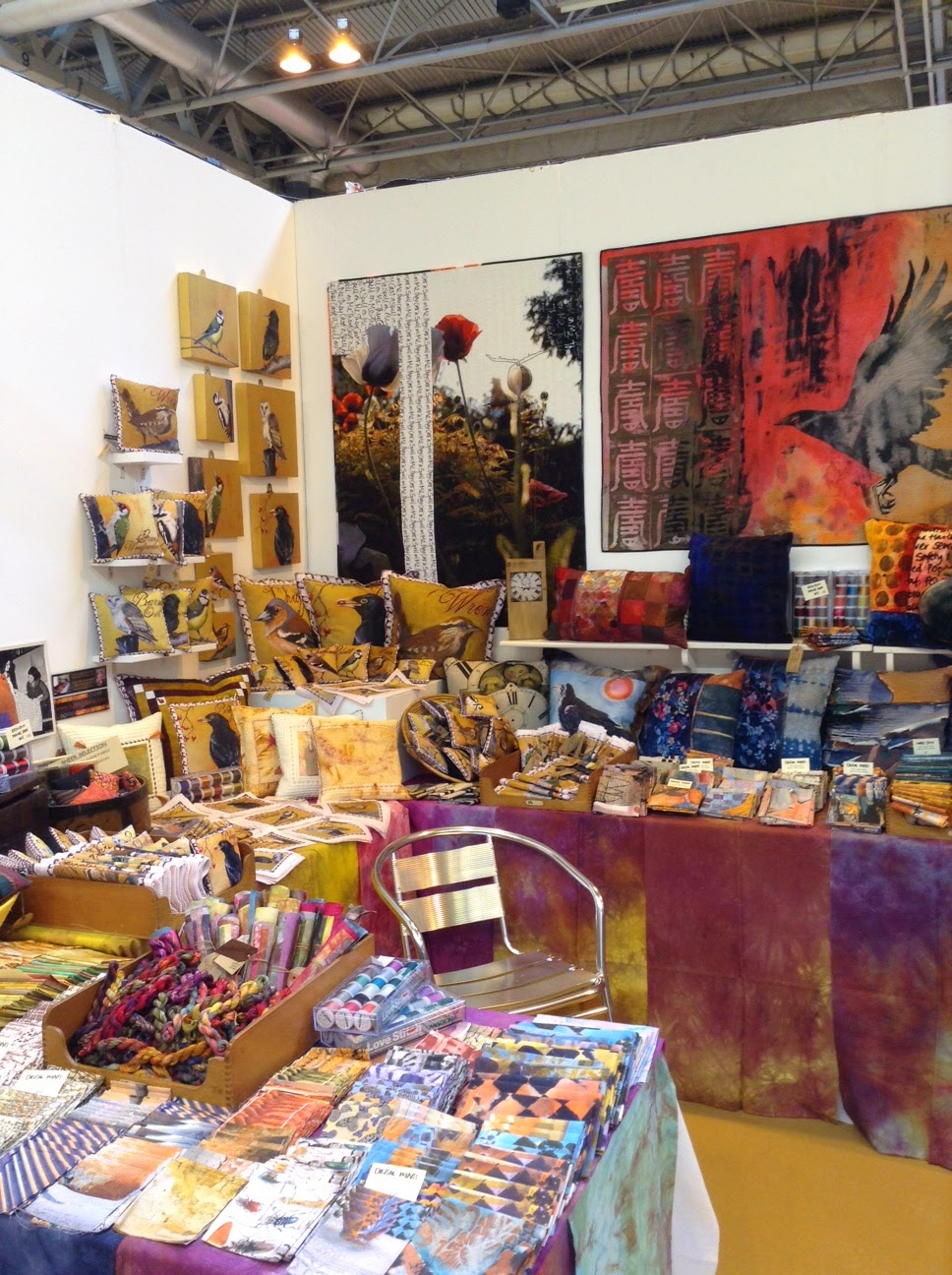 You probably recognise a lot of the stuff here if you're a DMTV viewer or follow our blogs. At the opposite end of the stand the original painted bird panels were displayed on the wall alongside the fabrics Jamie and Laura digitally printed from them. Now that the show is over I'll be putting the panels up for sale here on the blog. You'll see them as soon as I can get around to it but I just need to photograph them properly first. 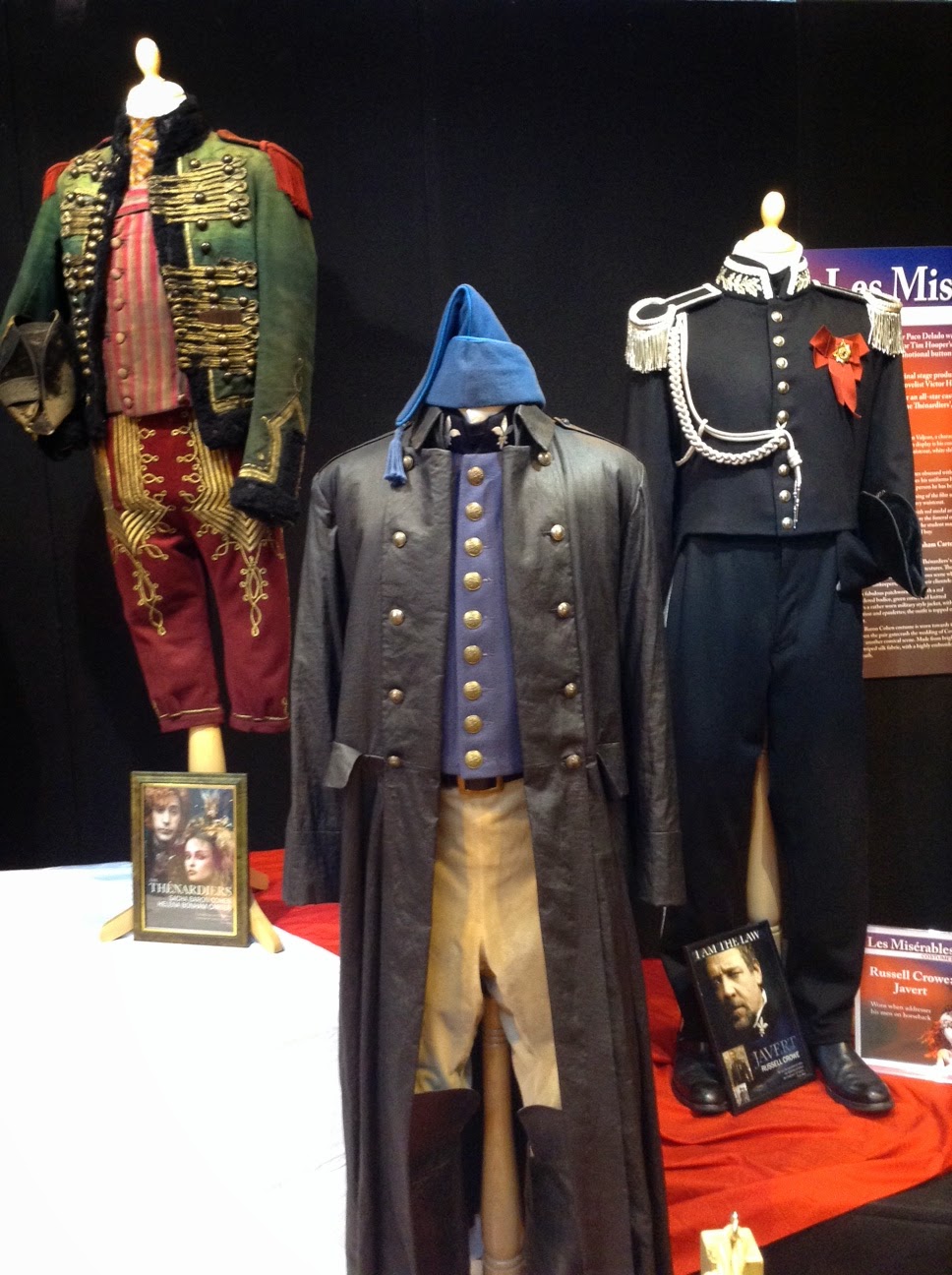 I didn't have much time off the stand to take a lot of photos of the show but I passed the display of costumes from Les Mis on the way in and out each day! Love that Russell Crowe coat!! Laura has posted lots more pics over on her blog if you'd like to see more.

No time to sit back and relax now the show is over - as ever we have lots to do so I'll go and make a start now.

Back in the land of the living

I haven't had much to say of late. My excuse for being so quiet is that I've been laid low with a nasty winter virus. It's beyond a joke now - after three weeks I've definitely had enough! There's never a good time to be ill but this timing really is rubbish as we are so busy. Tomorrow we're setting up our stand at Fashion, Embroidery and Stitch. I use the term 'we' in the royal sense if you know what I mean. I shall actually stay home with Amelie while the rest of the family do all the hauling and hammering! It's not that I'm lazy - honest. Children aren't allowed in the halls for reasons of health and safety so the two of us will have a lovely day at home and then I shall simply swan into the show on Thursday to find everything looking beautiful! 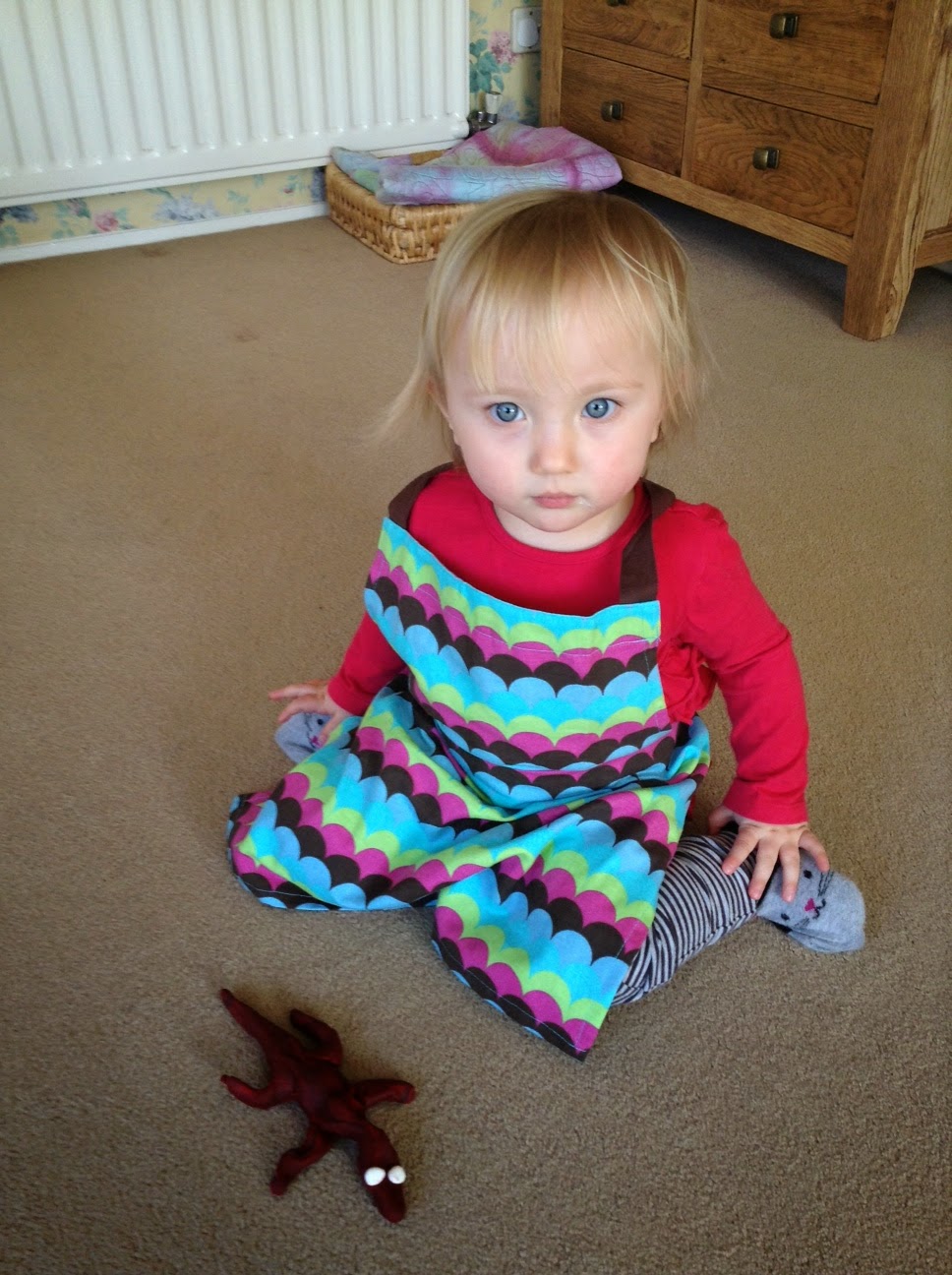 Our fun and games tomorrow might include making crocodiles out of soft dough! We did have several different colours when we started a few days ago but it's all beginning to look pretty murky now. Those eyes won't stay white for long!

Although I won't be there with them I have been thinking of the family. My contribution to the exertions of set up day are largely culinary. I'm sure they will enjoy their lunch tomorrow even if they don't have time to eat till the stand is built and they're on their way home. 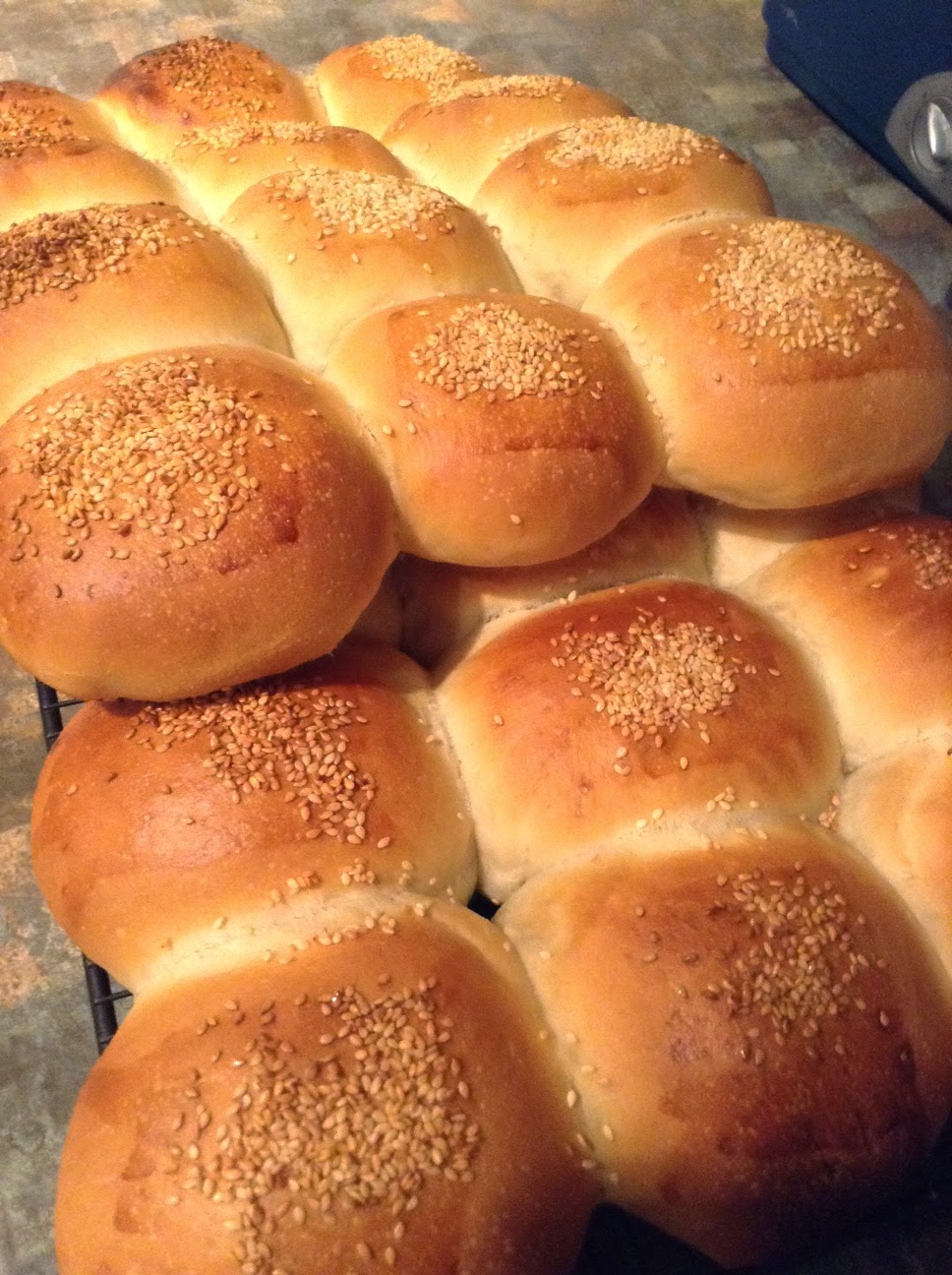 These are still hot, just out of the oven tonight and the whole house smells fantastic. I think I've finally perfected the recipe after much fiddling and modification of ingredients and timing. If anyone is interested I'm happy to share - just leave a comment and I'll let you have the details. 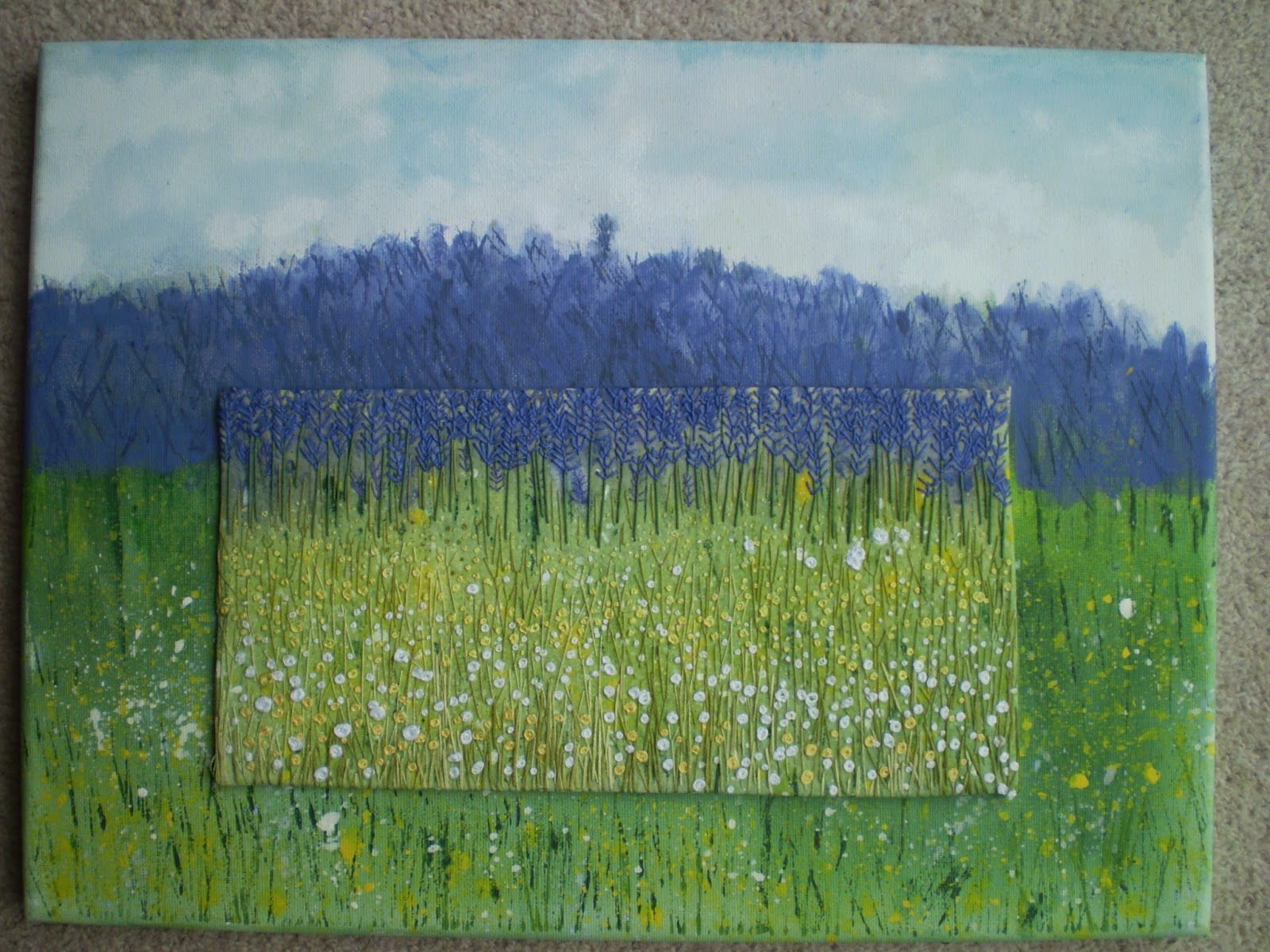 I love it when DMTV viewers tell me they've been inspired to have a go at one of our projects so I was very pleased to receive this photo from Barbara recently. What a beautiful job she's made of the embroidered and painted panel - thanks for letting us see it Barbara.

Tonight's post has to be short as we have an early start in the morning. I promise not to leave it so long again.

Thanks for visiting - Linda