I now have a new website and blog. Please visit

to see portfolios of work and a studio blog with news about what I'm working on.

Thanks so much for following me so far, I look forward to chatting to you in my new home. 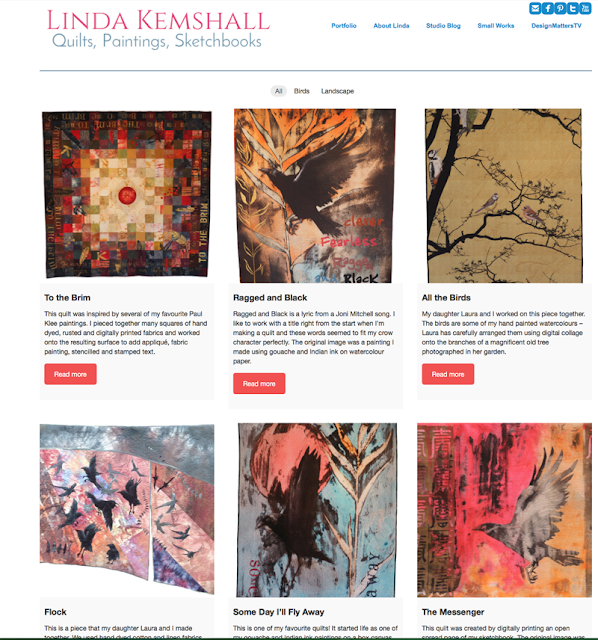 Full of ideas and good intentions

It's a long weekend holiday for us so obviously it's going to be cold, wet and windy. The weathermen are forecasting 20C by midweek but that's little consolation for all the poor folk who have proper jobs and will be back at their desks on Tuesday. Fortunately for us one day is much the same as another. We can take advantage of the sunshine when it appears and hunker down when it doesn't. Between the Saturday hail showers the sun shone and we whizzed round the local market. I found a selection of books for altering and at just £1 each I don't have to feel precious about transforming them. 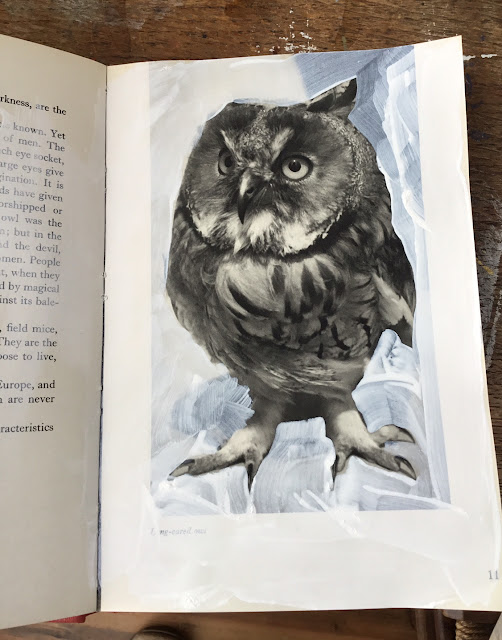 This one caught my attention and as you can see I've already made a start blocking out the distracting background with a thin layer of gesso. I'll add a second coat and it'll give me a lovely surface for drawing. 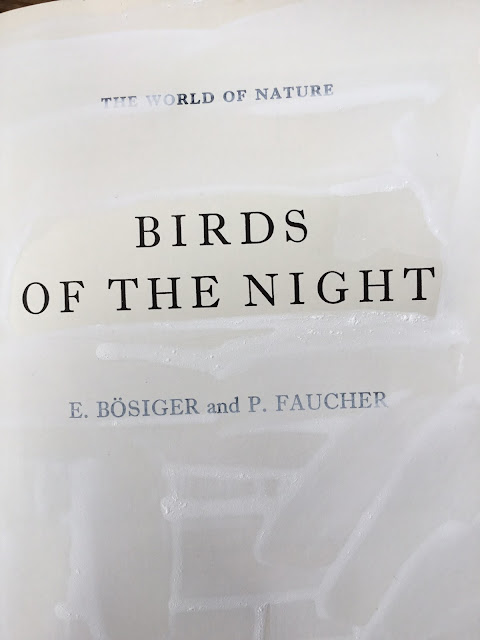 The title of the book was the attraction, as much as the illustrations. 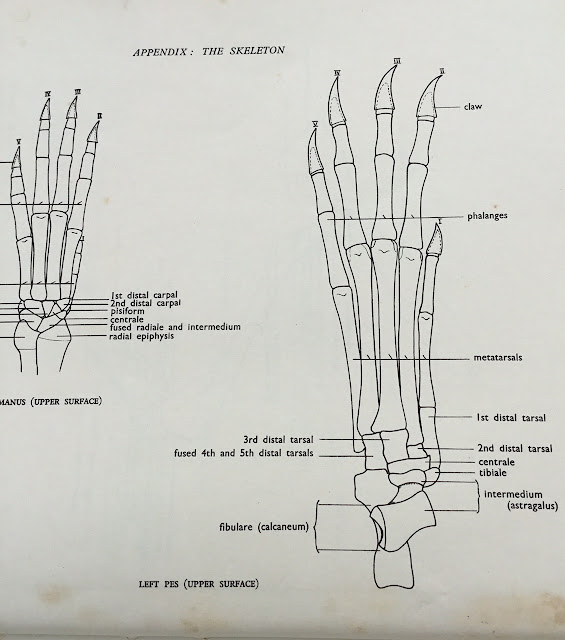 On reflection, the scientific textbook on rat dissection was less appealing. I bought that in haste. 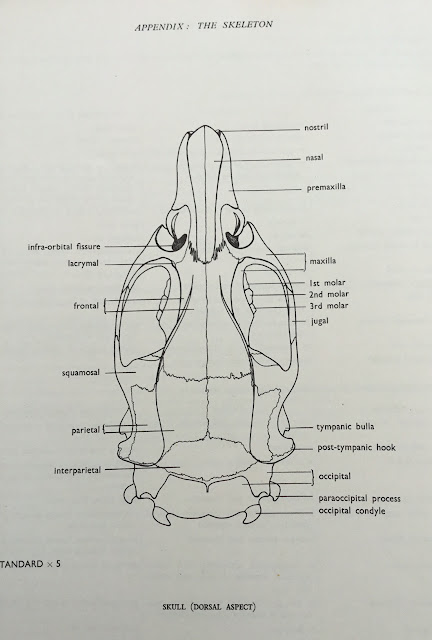 The stall I often find treasures on is popular and you have to be quick to beat the competition. It's a bit of a scrum with elbows at the ready.  I spotted the skeleton diagrams and thought they were interesting but only became aware of the rest of the contents when I got home. This one might stay on the shelf as a curio! 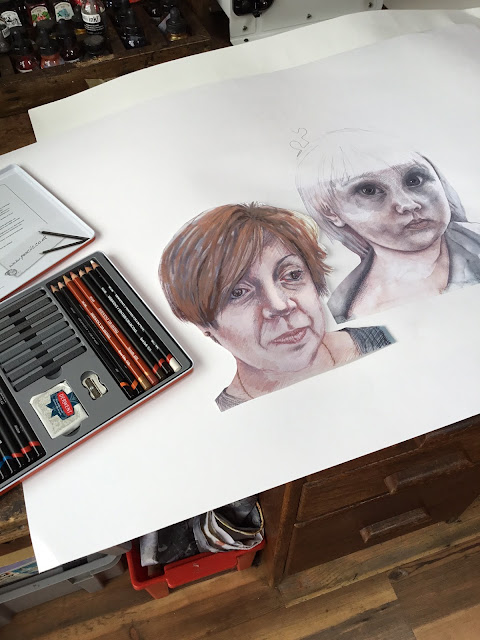 I've been thinking about the next exhibition for Through Our Hands. It's going to be about portraits and I've made copies of some of my drawings for an idea that's brewing. I don't want to work with the originals in case it all goes horribly wrong. The exhibition isn't until 2017 but it's no good putting the work off till the last minute as I usually do. This one is going to take some effort. I'll be putting those lovely, new pencils and graphite blocks to good use asap!

Hope you are having a good day.
Bye for now,
Linda x