Sometimes I think it's like living in a zoo!

Well we made it. The new quilts were finished and packed in time for the courier to collect them yesterday. You can see Laura's latest piece on her blog. By now they should have arrived in Llanidloes ready to be hung for the exhibition which opens on the 8th. I hope we'll see some of you there during the afternoon of 21st July. Most of the group will be there between 1 and 3 and happy to chat and answer questions about the work on show. Once the parcels had been collected I felt some of the weight of the world had been lifted off my shoulders and took a few minutes to wander round the garden in celebration of a deadline met! It's not that we don't have lots more stuff to do right now but it was one thing crossed off the list so that felt like an achievement. 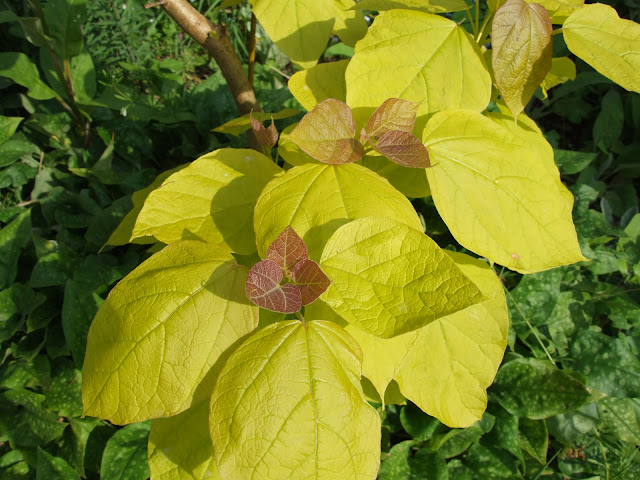 As I wandered round I thought I'd photograph a few of the current stars - I'm so pleased the Indian Bean tree has survived its first winter with us. I admired a large specimen at a garden we visited again last year and was really happy to be given one for my birthday. The way those new leaves form a bronze triangle is just gorgeous but it will be a while before my tree rivals the one at Stockton Bury. 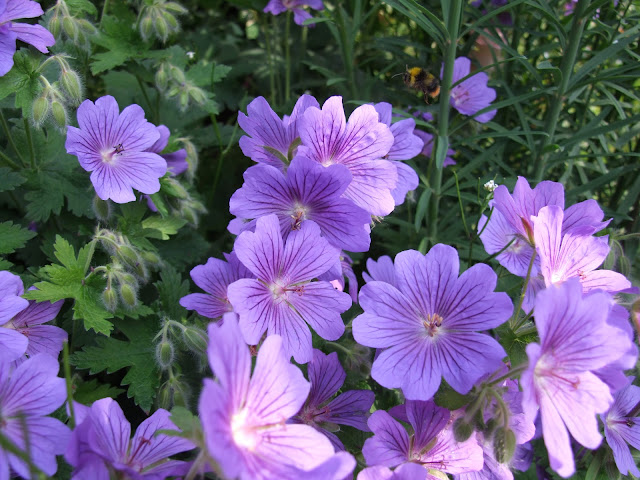 The old fashioned geraniums are good doers whatever the weather throws at them. We've got lots of different colours but Johnson's Blue has to be one of the best. 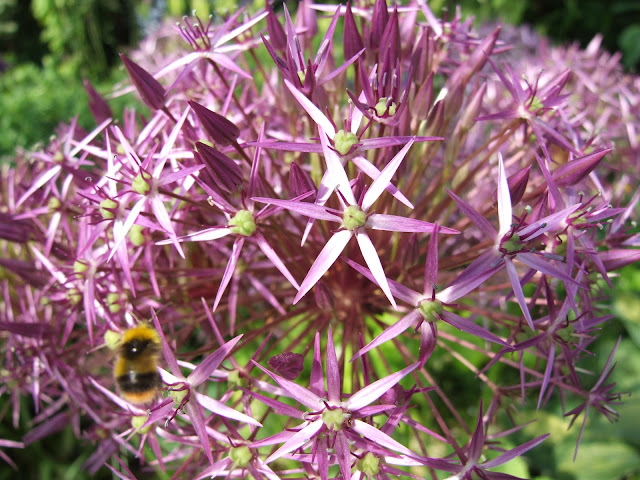 And the complex blooms of Alliums are literally stars. Looks as though the bees like them too. 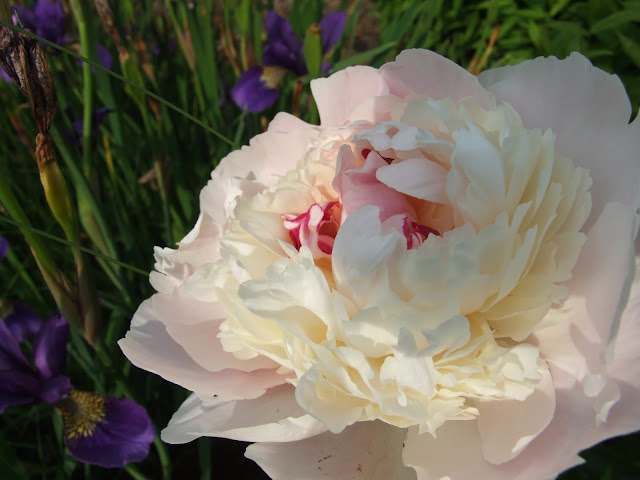 The peonies are at their best now but they don't like the heavy showers we've been having. The only good thing about the bad weather is I am allowed by 'he who gardens' to pick any blooms that fall over in the rain. A big vase of peonies is hard to beat! 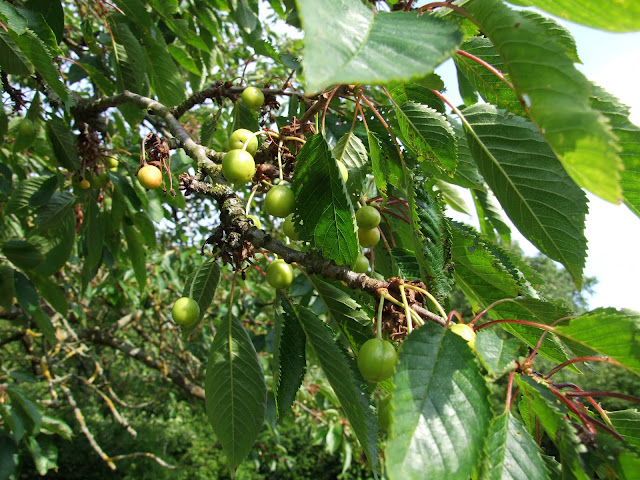 Despite the cold wet spring most of the trees in the orchard show signs of fruiting. We may get a crop of cherries if the blackbirds don't beat us to them. Trouble is they start to pick them way before they're ripe. You should hear the cherry stones when they hit the mower - sounds like a hail of gunfire going off. 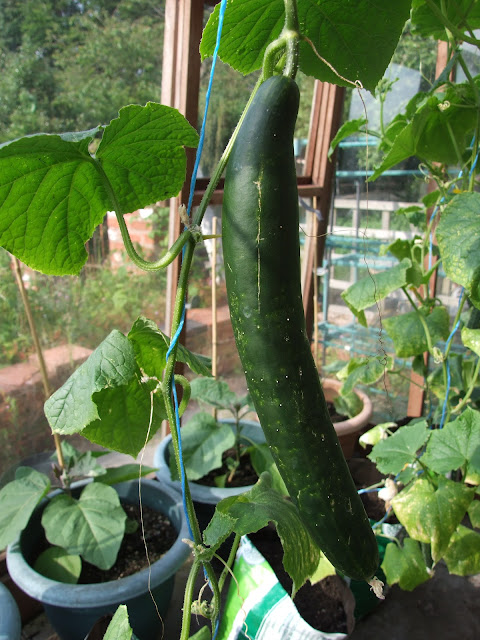 At least the cucumbers are safe from wildlife in the greenhouse. Speaking of which, you might think the conservatory would be a wildlife free zone too but tiz not so. 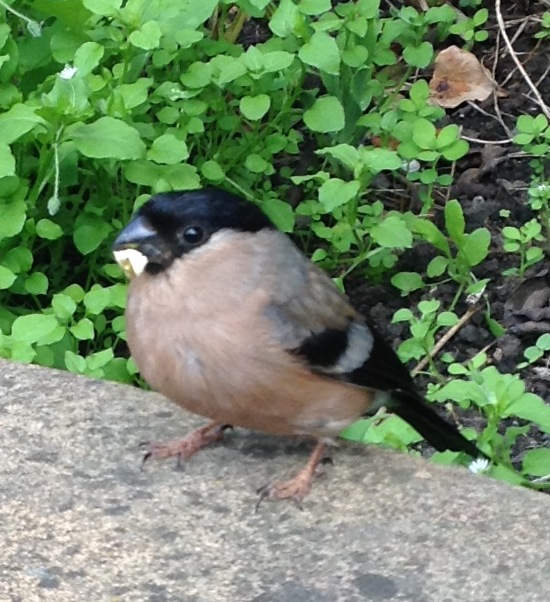 When Laura walked in there yesterday this little female bullfinch was perched on the back of one of the armchairs. She'd flown in through the open window and unable to get out had panicked and hit the glass. We scooted the cat out of the room before he decide Christmas had come early and managed to lift her to safety. Just had time to grab a camera before she flew up into the trees! They are listed as endangered on the RSPB website so thank goodness we found her before the cat did.

There's never a dull moment around here. People often wonder why we both feature birds so much in our work but with close encounters like this it's hard not to!

Thanks for visiting. Linda
Posted by Linda Kemshall at 17:59