Sadly we couldn't be in France for this year's Tour but we've been following it every day on TV. It's a big deal in our house and even Amelie wasn't allowed to escape the excitement. Here she is trying out a few of the freebies from our last visit. 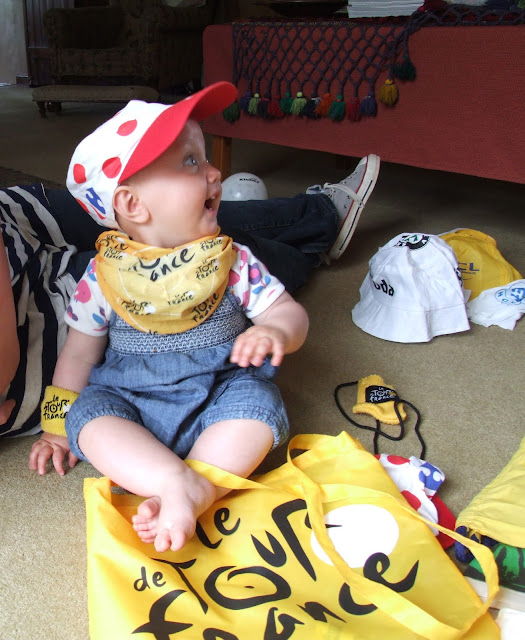 I'm very envious of my sister Maureen this month - she's at her house in the Ariege and braved the heat and the crowds to watch a stage on Saturday. If you're keen on cycling you can see some of her photos here. Just to be a spectator sounds easy but if you've never experienced the circus that is the Tour de France you wouldn't believe how difficult it can be to get to a vantage point before the race passes through and then out again after it's over. The roads are all closed hours before the start or even the day before and the sheer number of vehicles and spectators along the route is incredible to see. Maureen left her car in a nearby village and walked into Ax so they could make their getaway without too much hassle. 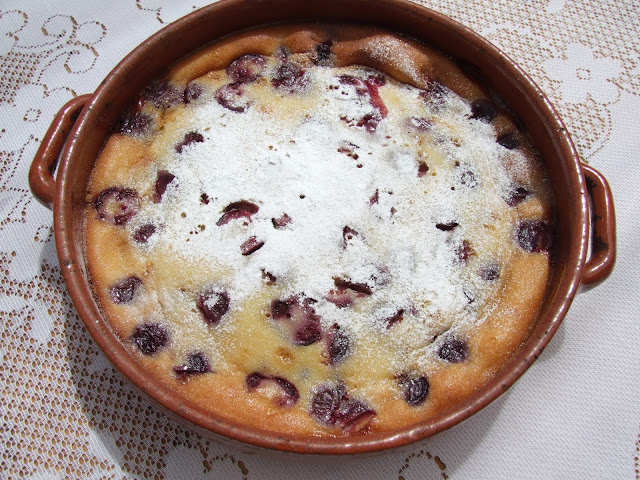 Whenever I think of our trips to France I, for some reason, think of food. Down in Maureen's part of the world a typical restaurant menu would always include duck. I cooked Magret de Canard at the weekend to recapture the mood and followed it with Cherry Clafoutis. It's not the same as being there but it's a close second. The weather cooperated too - we've got scorching temperatures at the moment and it was a pleasure to eat in the garden with a glass or several of chilled fizz. 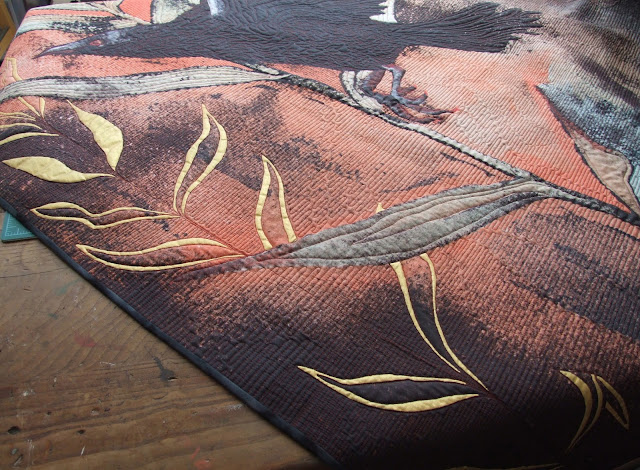 Now just before you start picturing me lolling around in a hammock with a glass in hand, I am still working! This quilt is called Ragged and Black and will be in the Through our Hands exhibit at Festival of Quilts next month. It's almost finished - even the bindings on, and now I'm just adding some final painted details and digital embroidery. 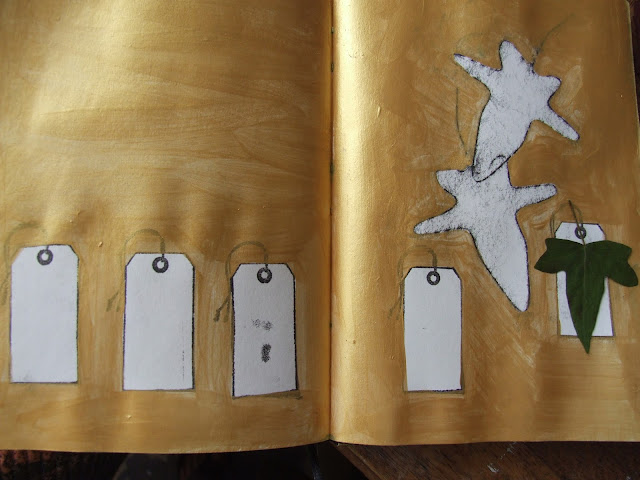 Of course, once I've squirted metallic paint into my palette I'm too mean to throw any leftovers away. Once the leaves on the quilt were done I grabbed a current sketchbook and decided this page was a perfect candidate for a touch of gold. 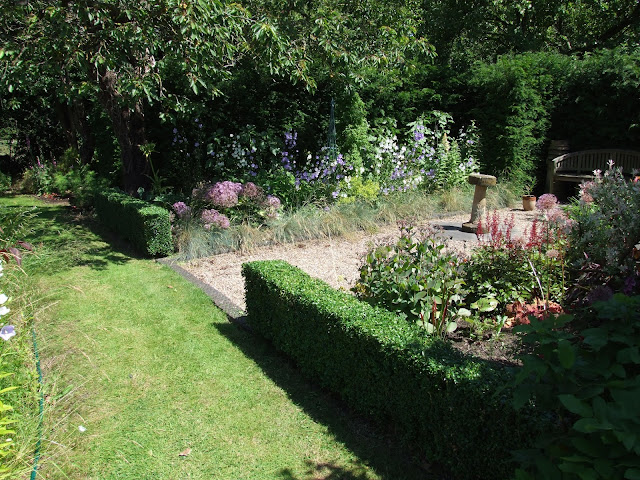 I accept that I am an obsessive when it comes to my quilts and my paintings but even I can't compete with the attention to detail of 'He Who Gardens'. 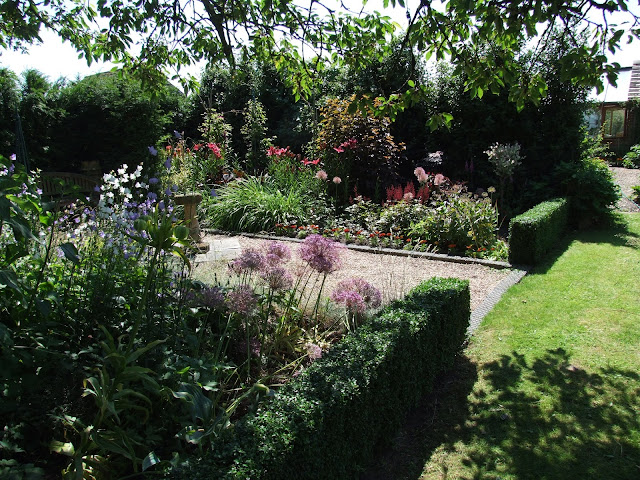 Thanks for dropping by - I'll be in touch again soon, Linda