Escalation on the gnome front

You may remember I mentioned that a gnome appeared quite mysteriously in our garden a while ago. The plot thickened when a second gnome arrived a week later. We suspected a neighbour of ours was the guilty party because he already had a few gnomes in his own garden. Without saying a word we added to his collection one dark night. My mother thought the whole thing was hilarious and so she added a bright pink, plastic pig one day. Where all the others are coming from who knows? None of us mention any of these happenings when we meet in the street and pass a few comments about the weather or whatever. It's getting to be quite out of control! 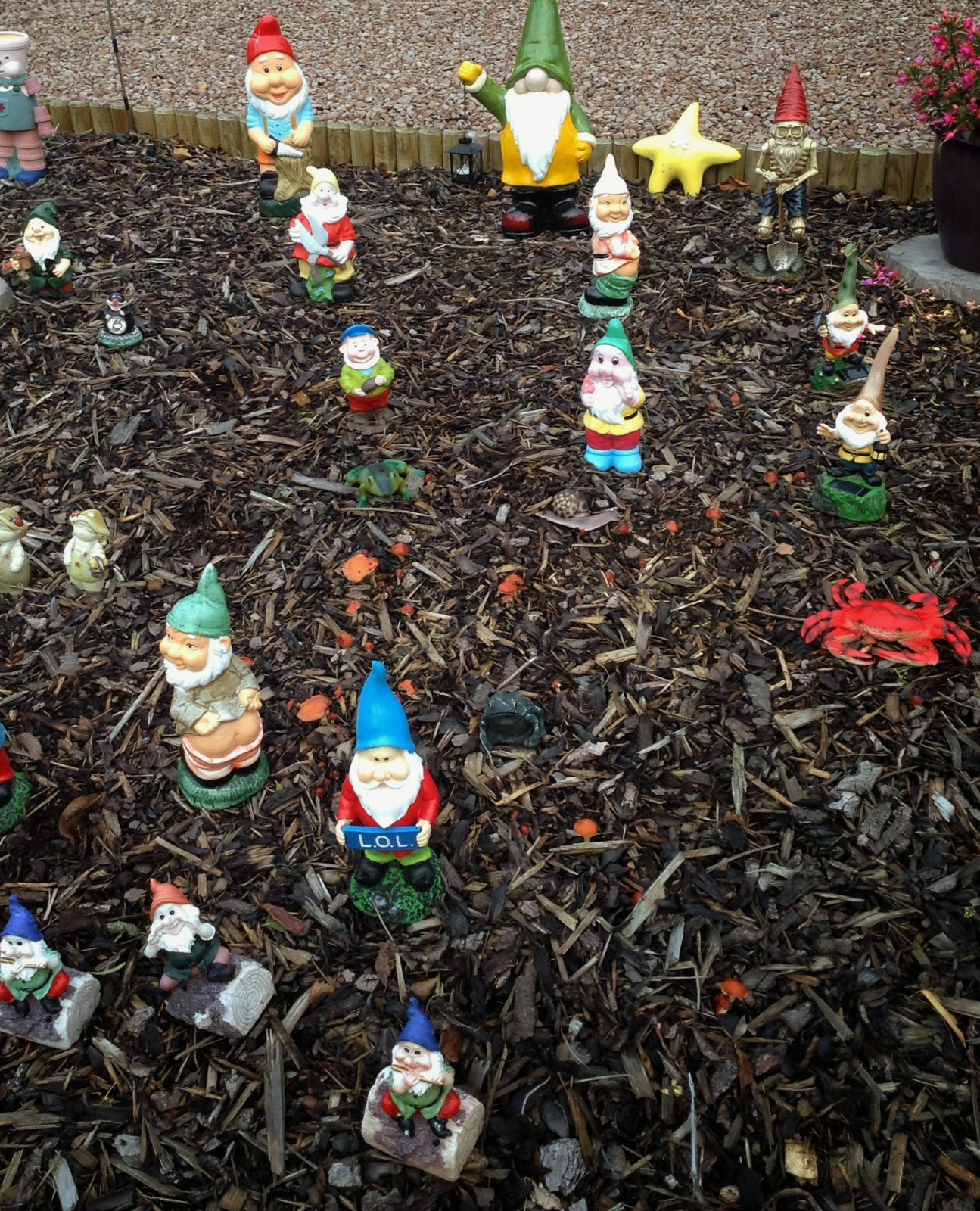 This is part of the neighbour's garden at the moment. There are more figures arriving almost every day! At night some of them light up and a cheeky gnome at the  roadside wolf whistles anyone who passes by! 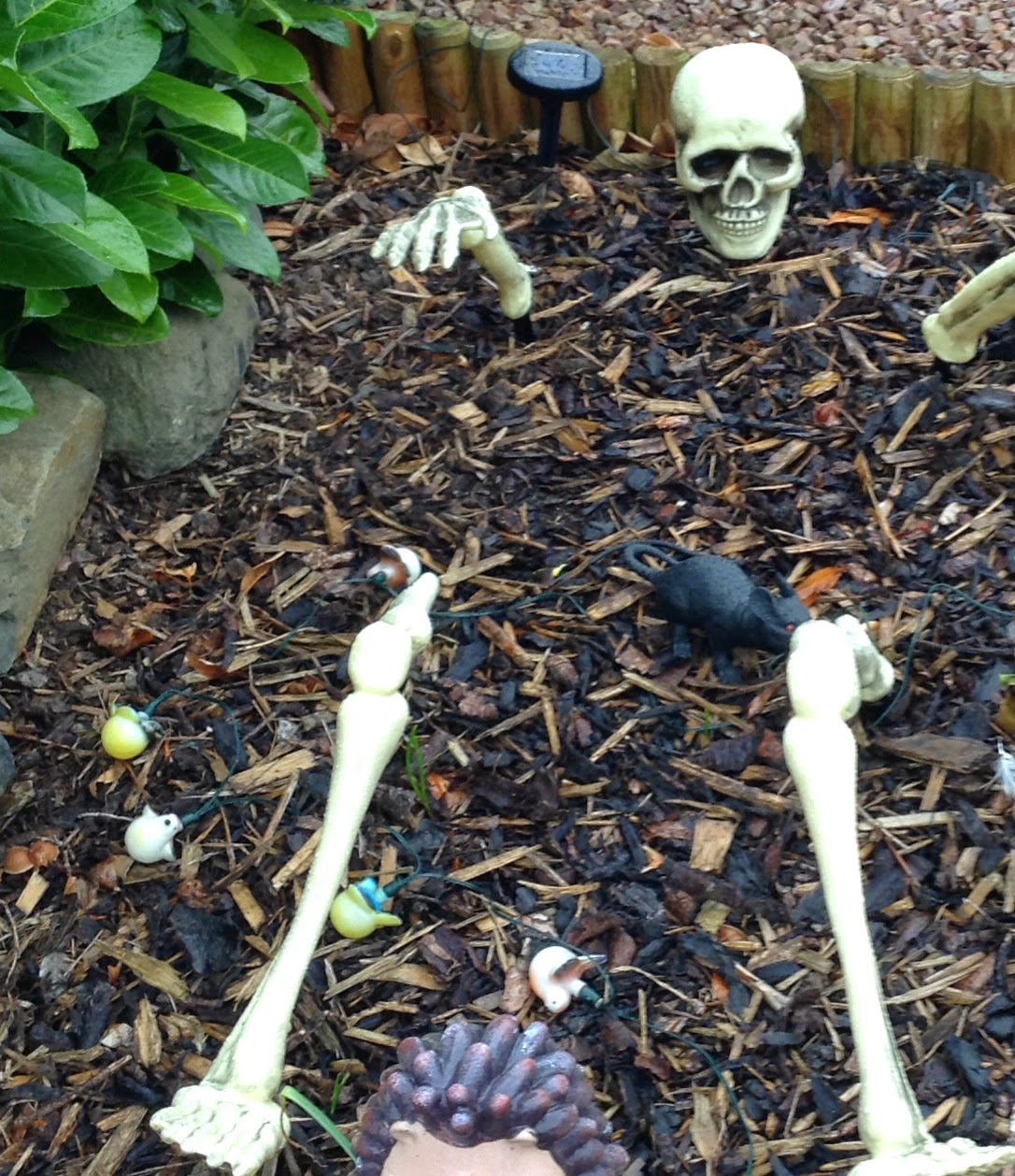 The most recent arrival is rather macabre but hopefully only a temporary resident for Halloween. 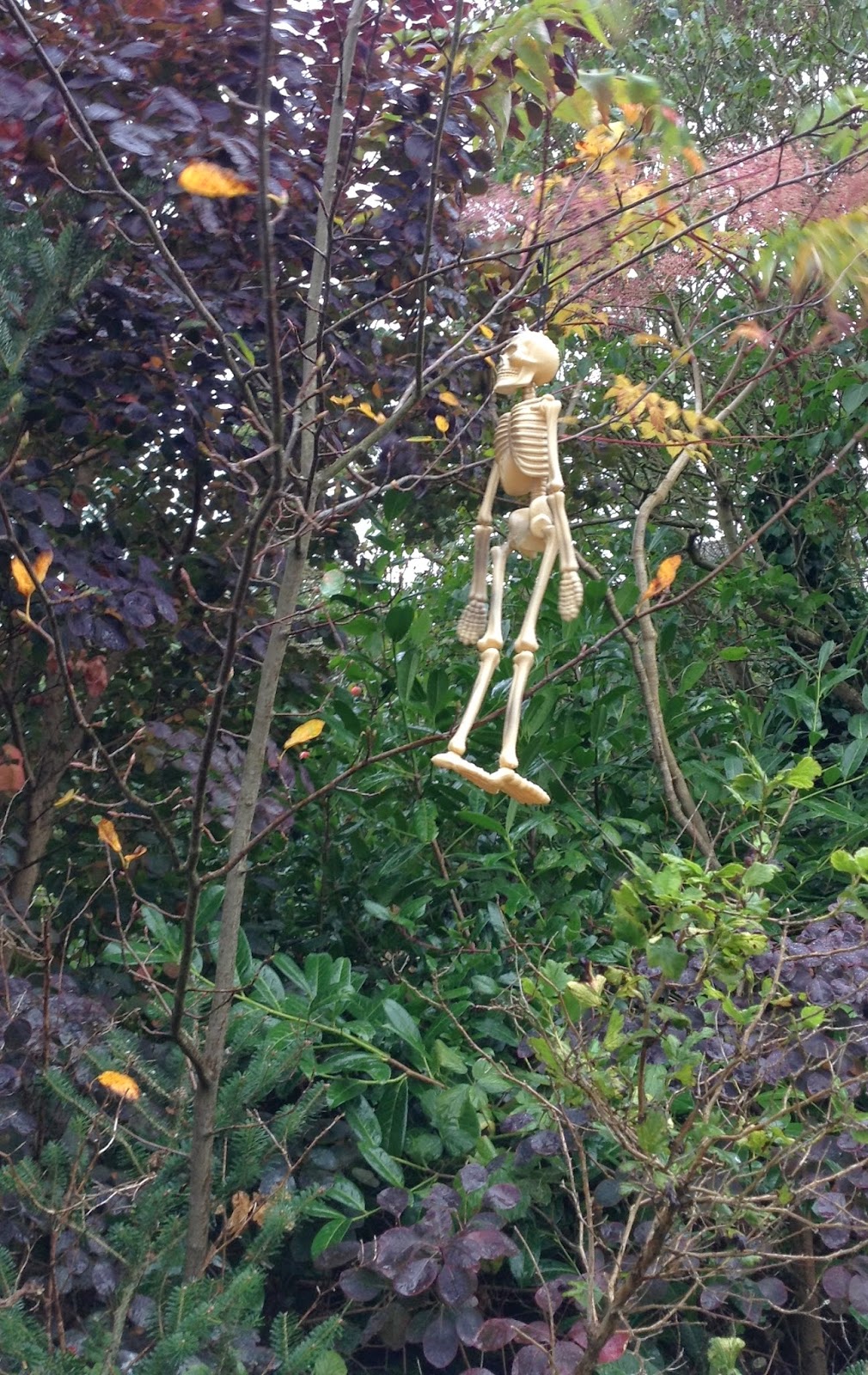 I think I must have been spotted sneaking a photo because we woke to this hanging in one of our trees next morning! Where will it all end?

On a much more serious note, Laura and I love to see the pieces our subscribers and students make inspired by DMTV videos and our courses. This week we've received a photograph of Liz's lovely sampler, 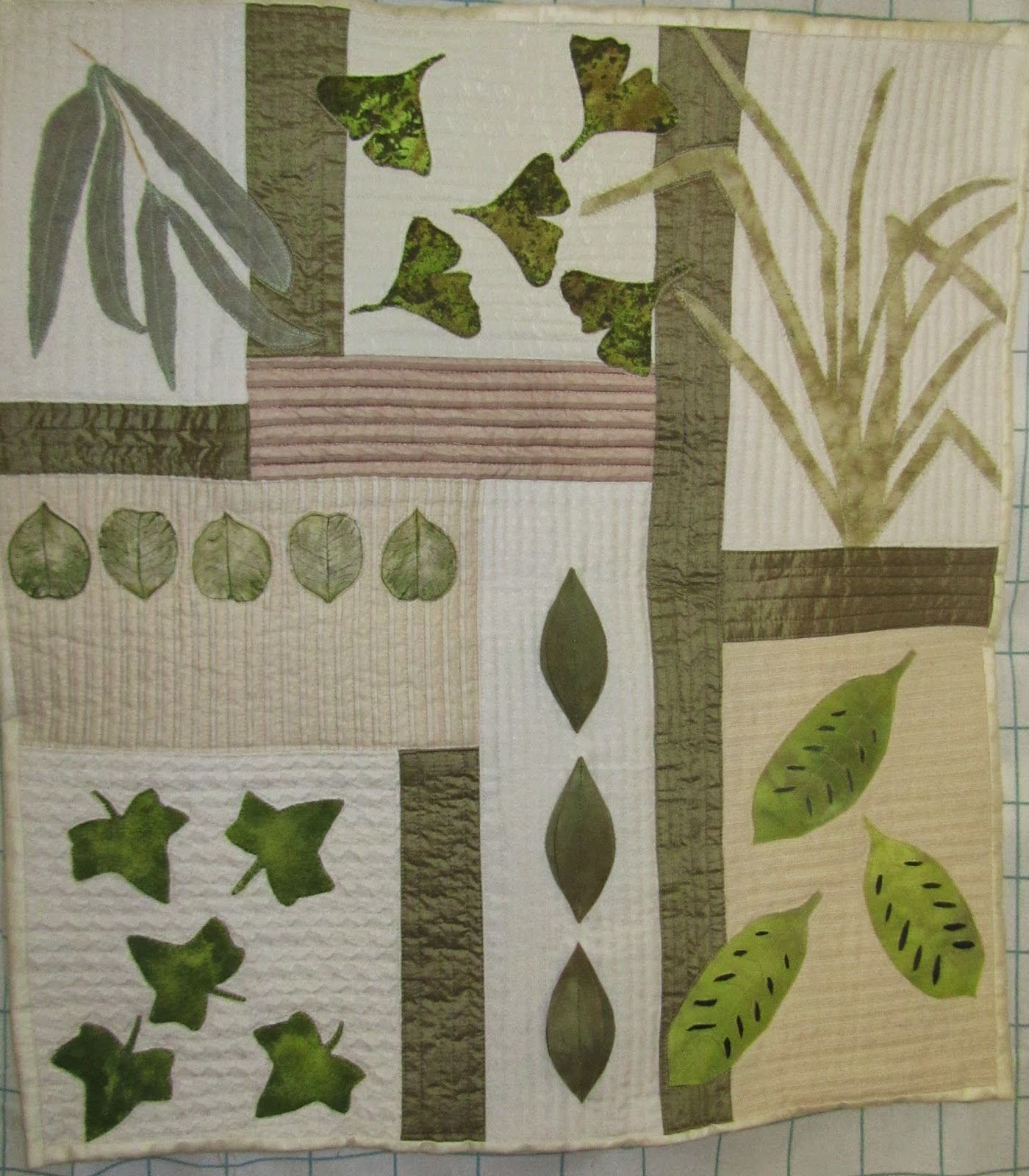 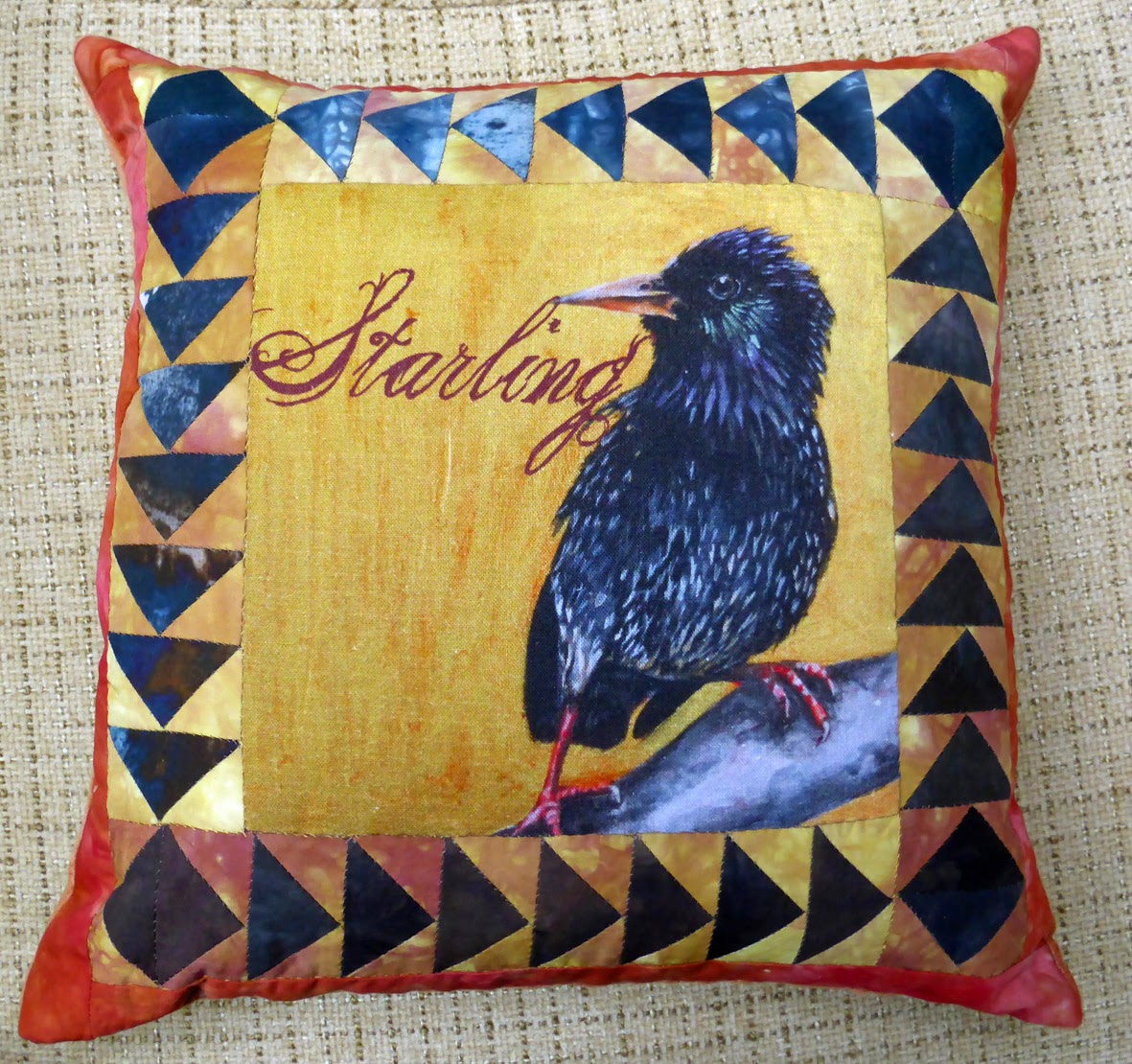 Thank you all for letting us see what you've created but I can't let you have all the limelight - I'll be back again soon with some of my own work! Love Linda x
Posted by Linda Kemshall at 21:51