It's been a weird week weatherwise. We've had everything thrown at us. One minute we're enjoying bright sunshine and the next it's hailing. Oh the joys of an English summer! The storm on Thursday was scary for a couple of hours but we escaped the damage much of the country suffered. The bin was washed away but otherwise there was nothing worse than a flooded drive and part of the lawn submerged. It was gone as quickly as it appeared - that's why they're called flash floods I guess! 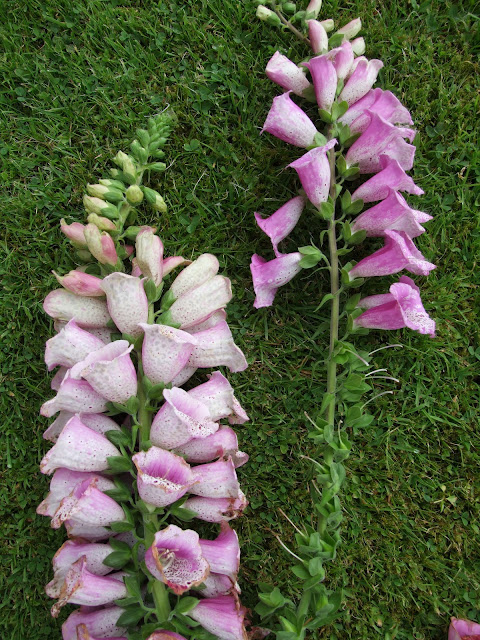 There were some casualties - some of the foxglove blooms were so heavy they couldn't survive the wind and rain. He Who Gardens rescued these from the mud. 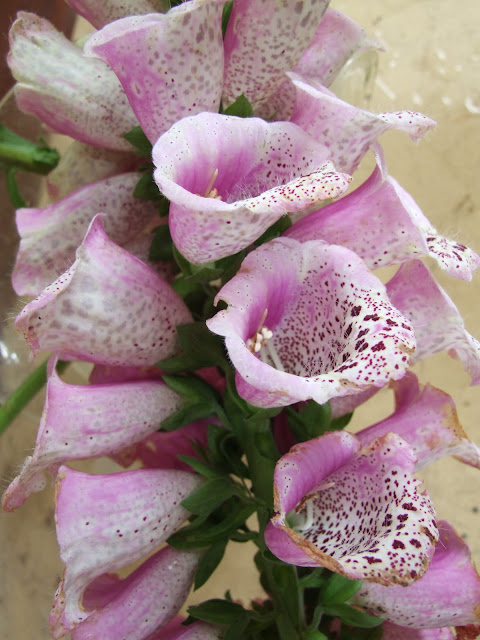 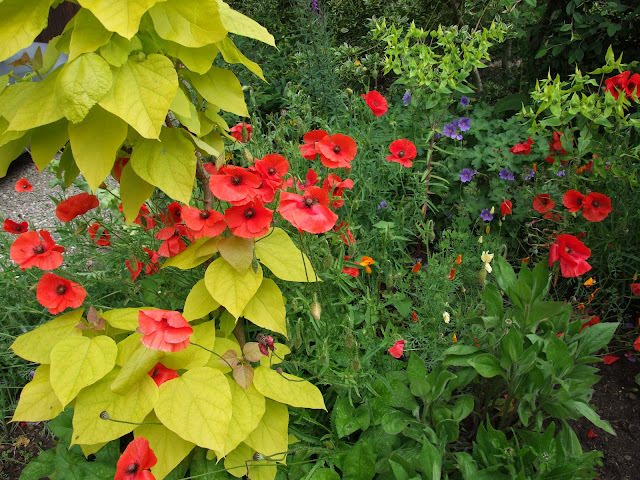 Strangely, the wild poppies which look so fragile are still standing. We can never harden our hearts enough to weed them out of the flower beds! Don't they look brilliant mingling with the leaves of the Indian Bean Tree? 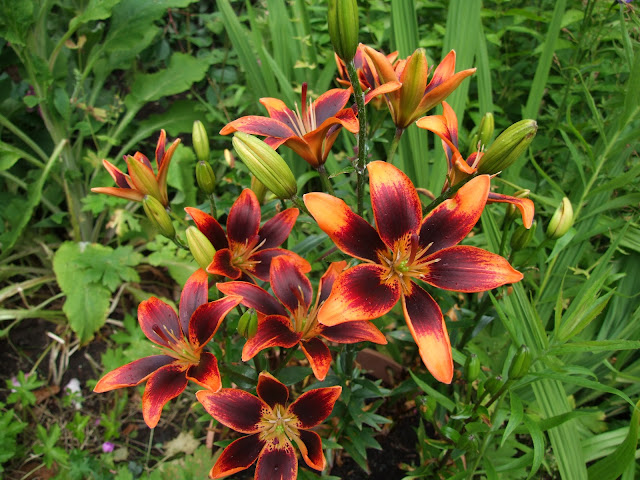 Despite the lack of summer weather our lilies are beginning to show their colours too. 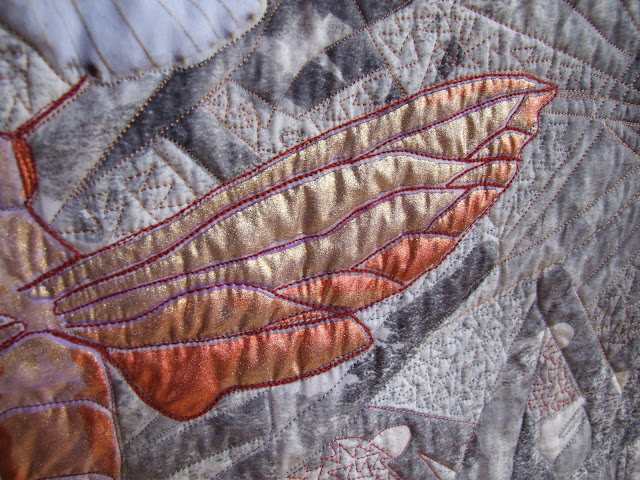 I worked hard in between clearing up after the flood to finish quilting 'Remembering' and I had fun added detail with fabric paint. 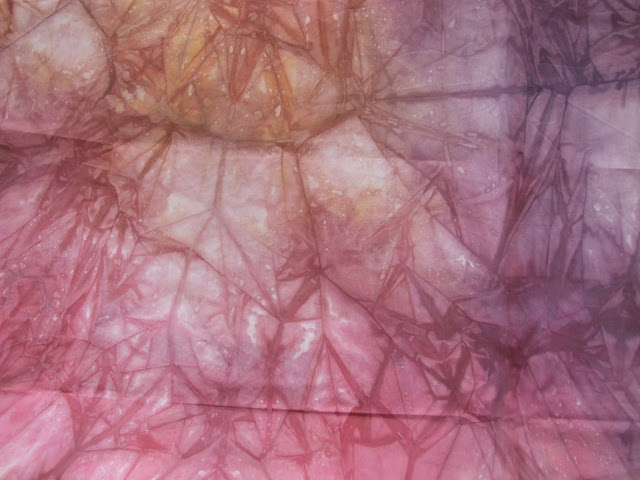 As soon as that quilt was finished I moved onto the next. This lovely bit of hand dye was perfect for the backing but it did hurt me a bit to resign it to the back of a quilt where it will rarely be seen. I convinced myself that if I could dye like this once I could do it again! 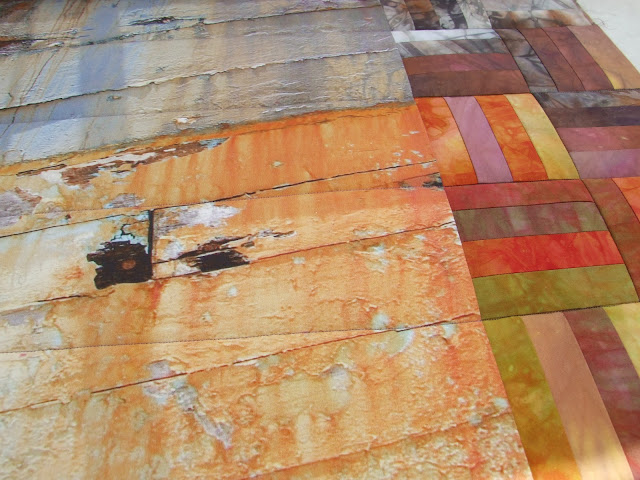 It's going on the back of this Breton Boat quilt. I'm being guided by the patchwork for the quilting. Unusually for me it'll be grid quilted with additional applique and button embellishments. I'll let you see it as soon as there's anything worth talking about.

Thanks for dropping by - I always enjoy your company! Bye for now - Linda
Posted by Linda Kemshall at 20:01