A question for you

There can be few things nicer than receiving a surprise thank you gift of beautiful flowers, especially when you really weren't expecting them! 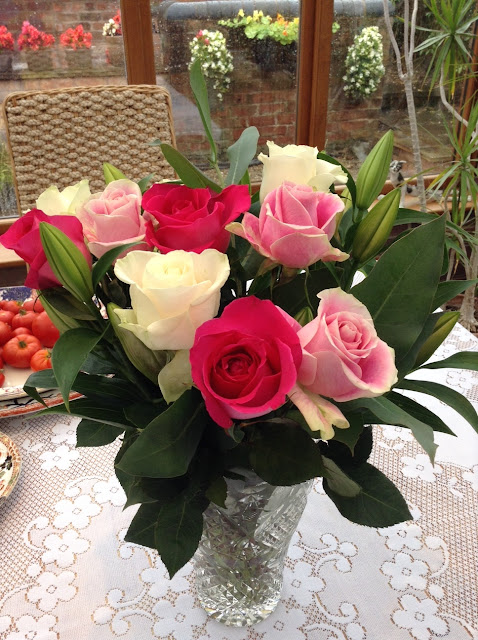 I discovered these left in the garden by a courier who didn't find the bell to let me know he was at the door! Since the lilies opened I've had to find a second vase as this one wasn't large enough for so many blooms. The colours and scents are simply wonderful and are cheering me up on a wet and dismal day! Summer seems to have made a sudden departure and it's chilly enough for socks today. 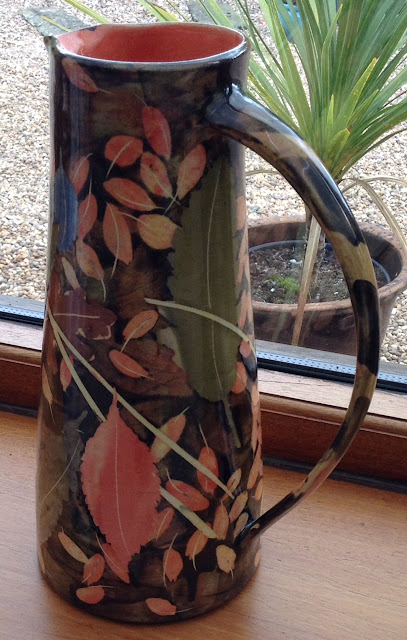 Coincidentally, even the colours of this jug look autumnal. Now a question for you. Does anyone recognise who might have made it? I bought it at the market on Saturday but the signature on the bottom is almost illegible. Looks like it may say Sophie or Sofia but I can't decipher the surname. I paid a bit more than I wanted to but it looks perfect in the conservatory, and anyway, I thought it would make a perfect prop for a still life painting so maybe that makes it tax deductible? 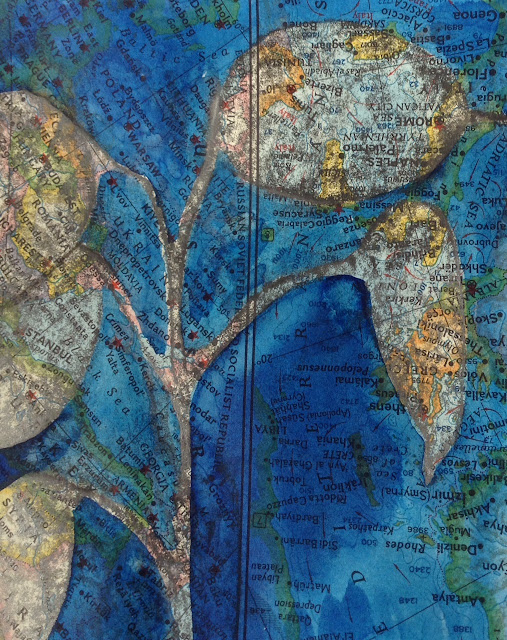 I realise I haven't mentioned my Finish Me Journal for a while - that doesn't mean I have been neglecting it though. Here's a close up of one of the map pages where I've made a rubbing from a cardboard shape and surrounded it with blue ink in the background. DMTV members who are taking the Art Diary challenge will soon get to see this page and several more on the same theme. I've been very busy trying to keep one step ahead of everyone who's been in touch to show me their title pages. I'm not sure who'e encouraging who here - I thought it was me showing the way but I have some hard acts to follow I'll tell you! Keeps me on my toes. Cooler days are perfect for spending time in the kitchen. Last week's Focaccia was so well received that I tried a variation today. Richard Bertinet suggests cherry tomatoes, chillies, pesto and olives as an alternative topping. For once a rare thing happened and I found I had most of the ingredients to come up with this........... 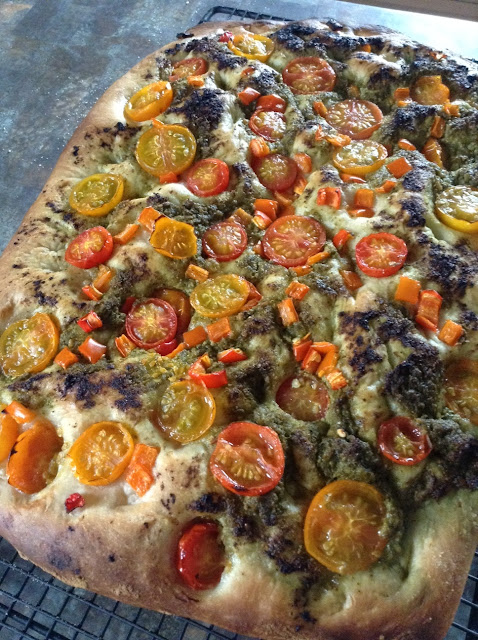 A rather generous slab of deliciousness if I do say so myself. We have family party planned in a few days time and I think this recipe will make another appearance alongside the rosemary and rock salt version for the timid folk who can't take the heat! 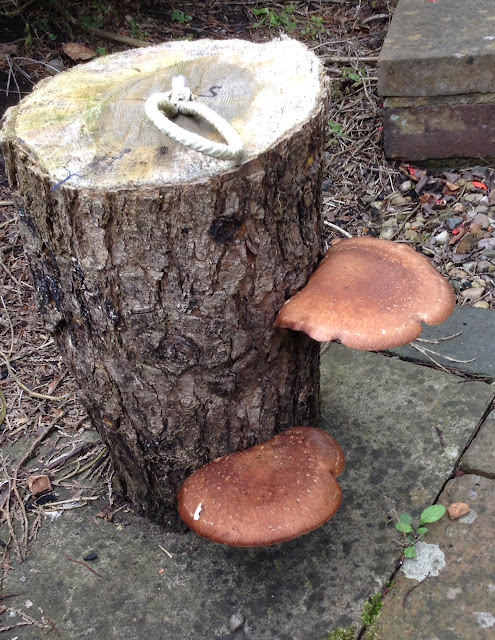 Finally, and still with food in mind, just take a look at our mushroom log. Another thing in the garden you can't turn your back on! Last week it was giant courgettes, this week it's mammoth shitake. I usually forget to check the log because nothing happens for ages then all of a sudden there are monsters. Relying on the unpredictable is a dangerous way to plan dinner but it beats shopping anyday. And yes, they were very tasty!