More on the Powerquilter and altered book

I thought you might like to see a typical page of the book I'm altering before I start on it. 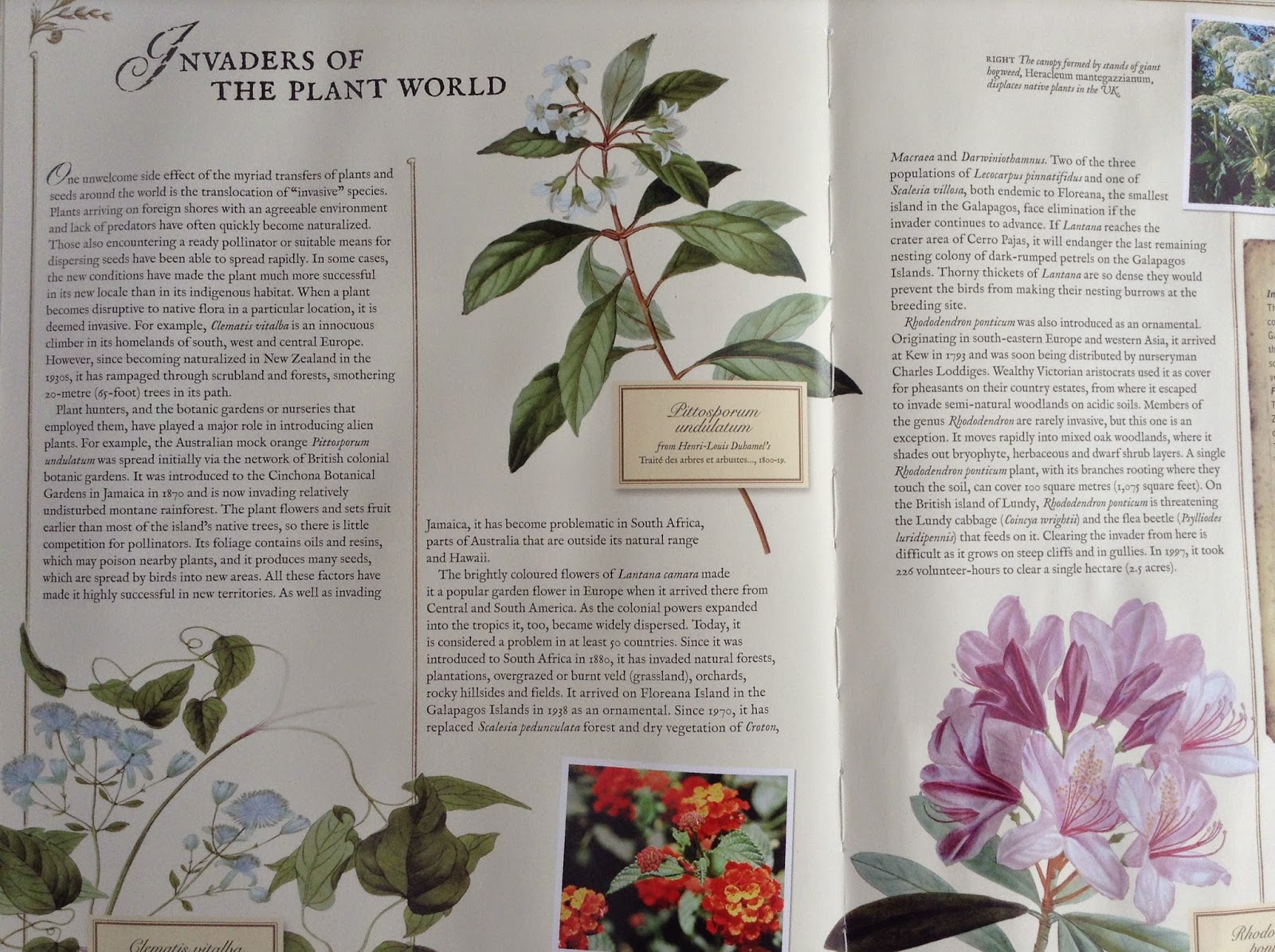 And then see what it looks like with a layer of gesso to edit out the bits I don't want. 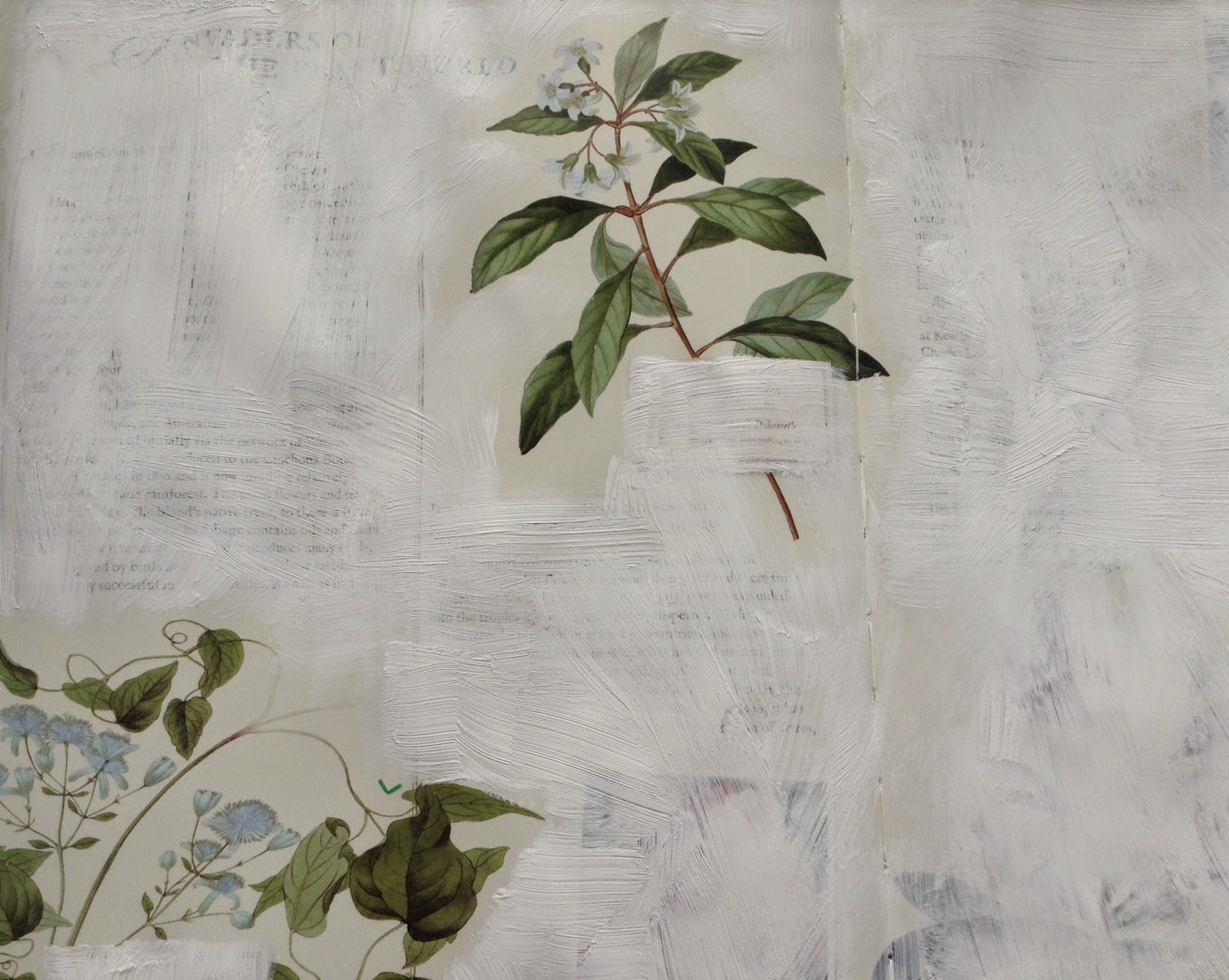 As you can see, I've eliminated several images and all of the text. I thought the page would be too busy if I let the rhododendrons remain so, pretty as they were, they had to go too. I have to make enough space for my own drawings. 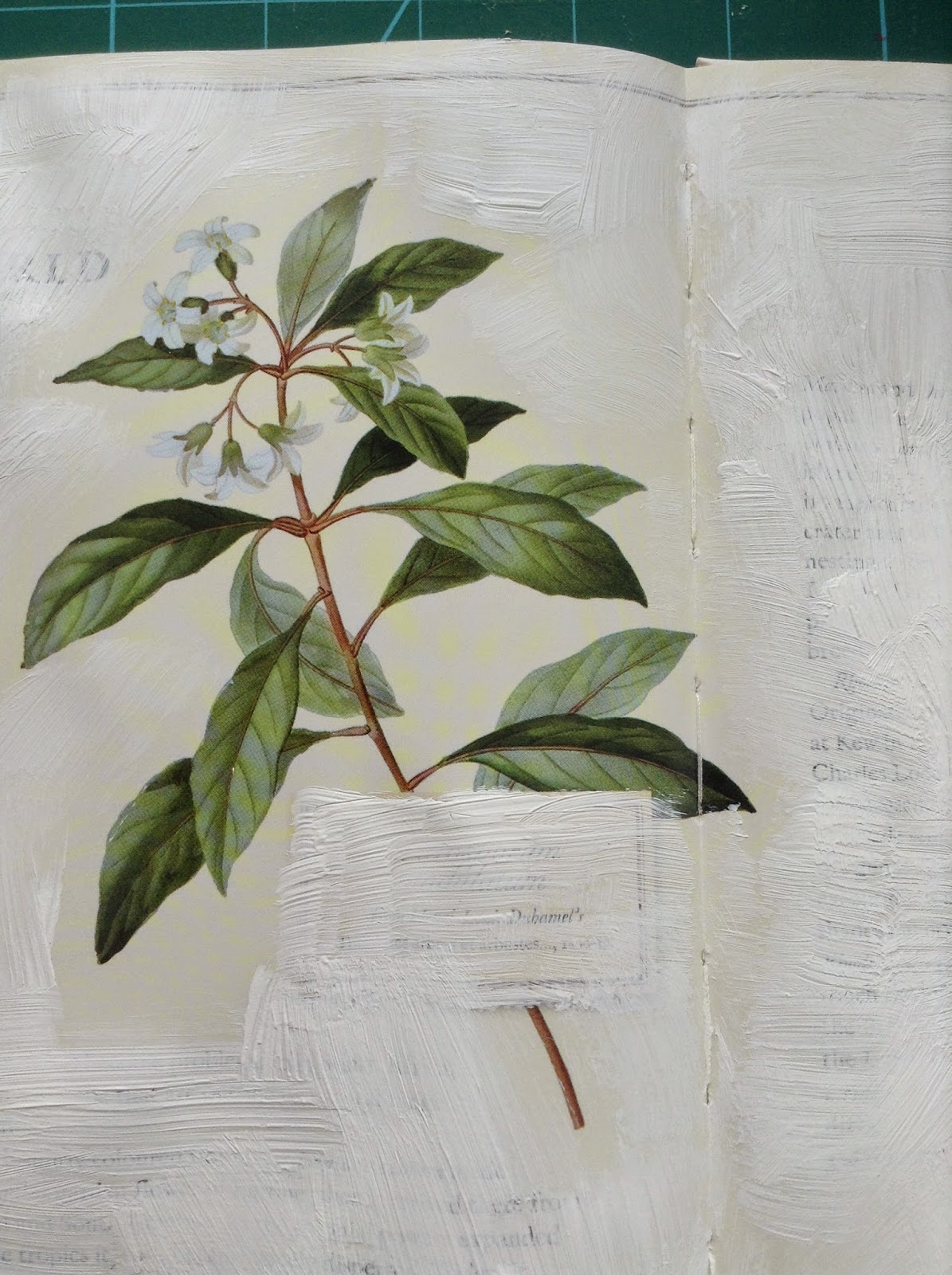 I've used the Liquitex heavy body gesso with a hog brush and notice how I've painted out the descriptive label even though it divides the image of the stem - I'll draw or paint that back in later. 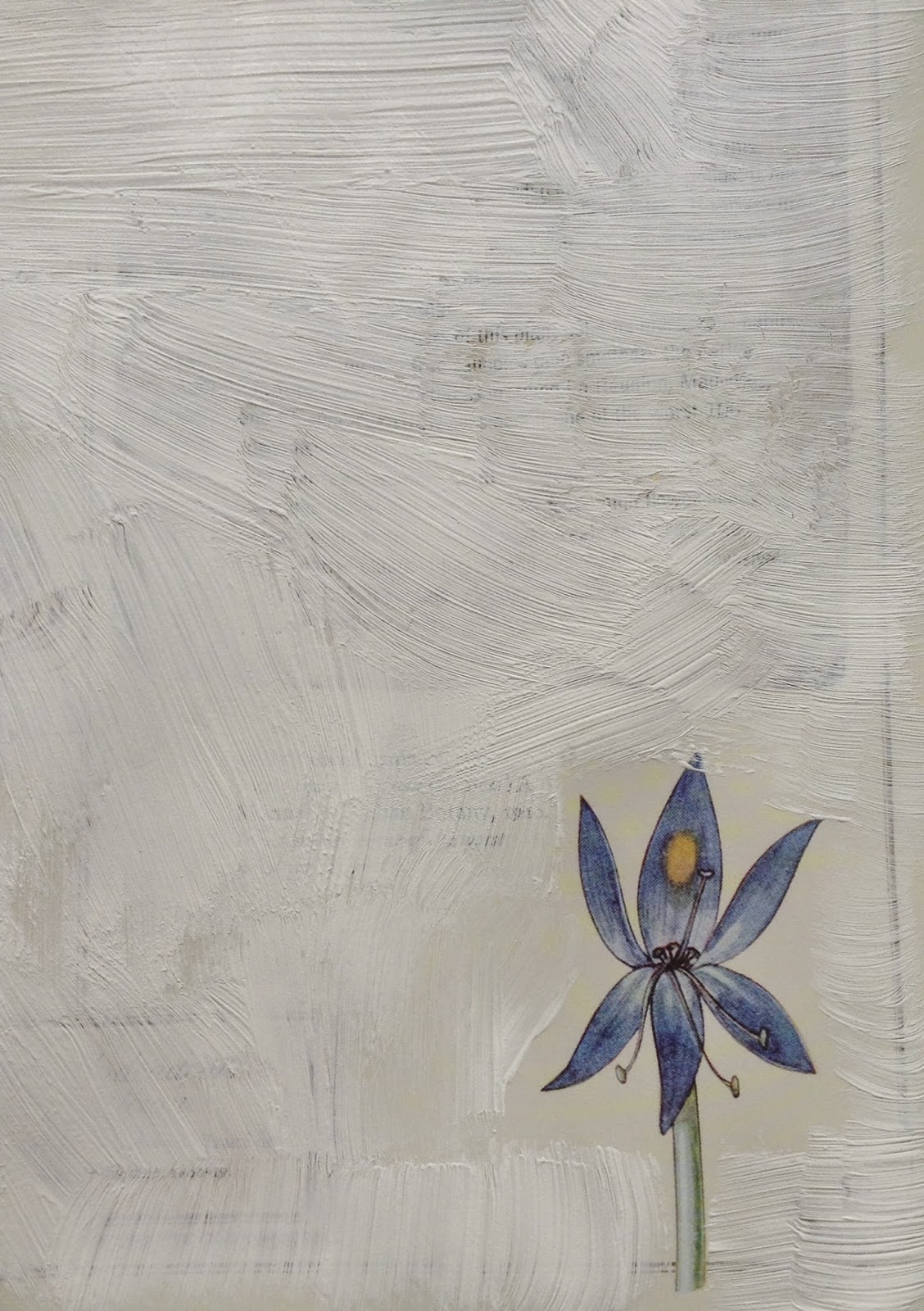 You couldn't see it from the first photos but this cute little flower was down in the right hand corner of the page and I couldn't resist leaving it too. 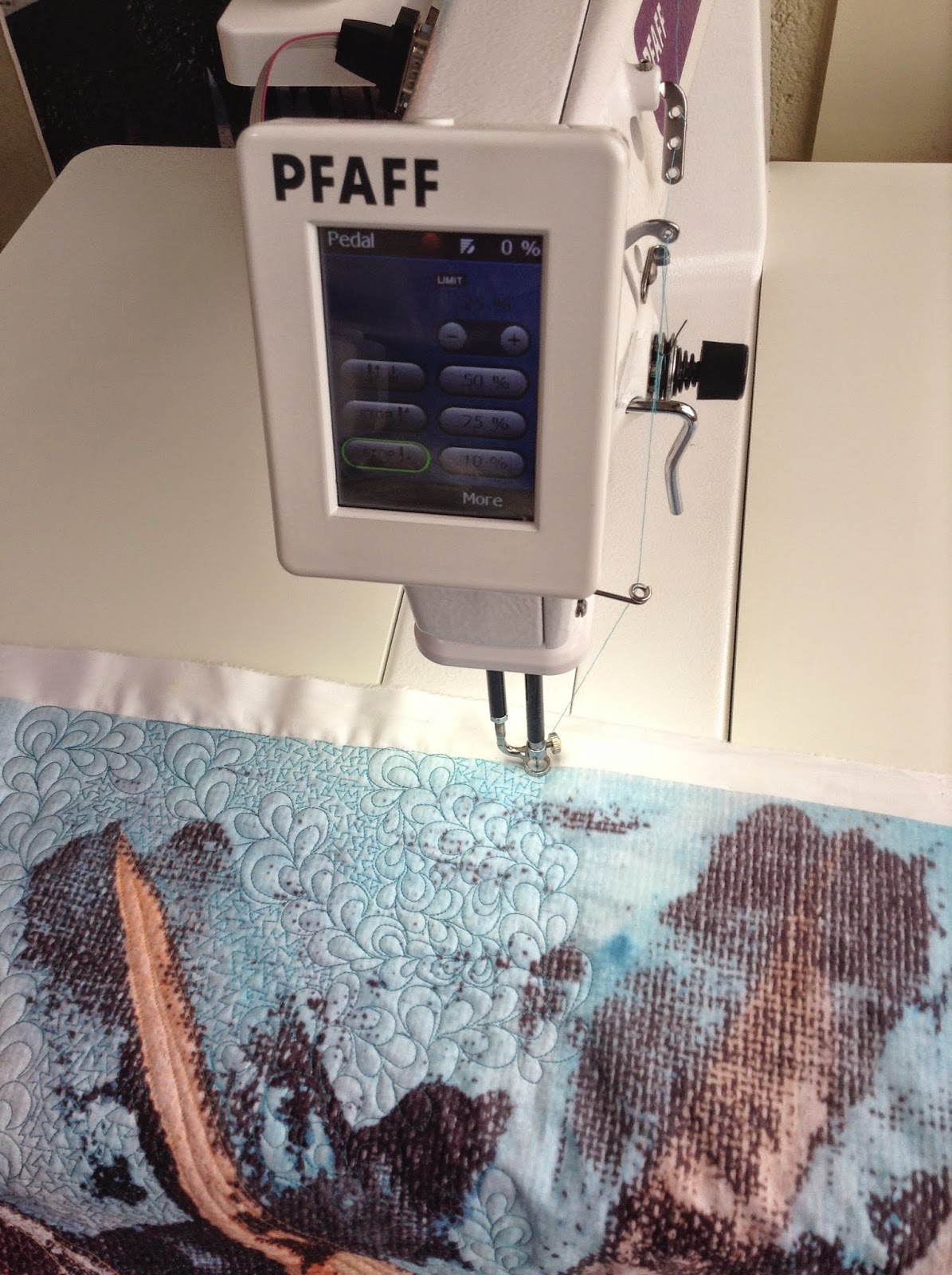 Now of course there's no time to stand around watching paint dry is there? Luckily I have a quilt to work on! So, while the book sits in the lovely September sunshine that's streaming through the studio windows, it's back to the Powerquilter. I'm learning a lot about this machine now I've had more time to play on it. There's a clever device that lets you set your preferred speeds for different styles of quilting. You can select any of the 3 presets at the touch of the screen, so if you need a slow speed for close detail or a fast speed for more expansive stitching it's an instant choice. Another great feature is that it remembers your speed and needle up/down position when you come back to a project after switching the machine off. 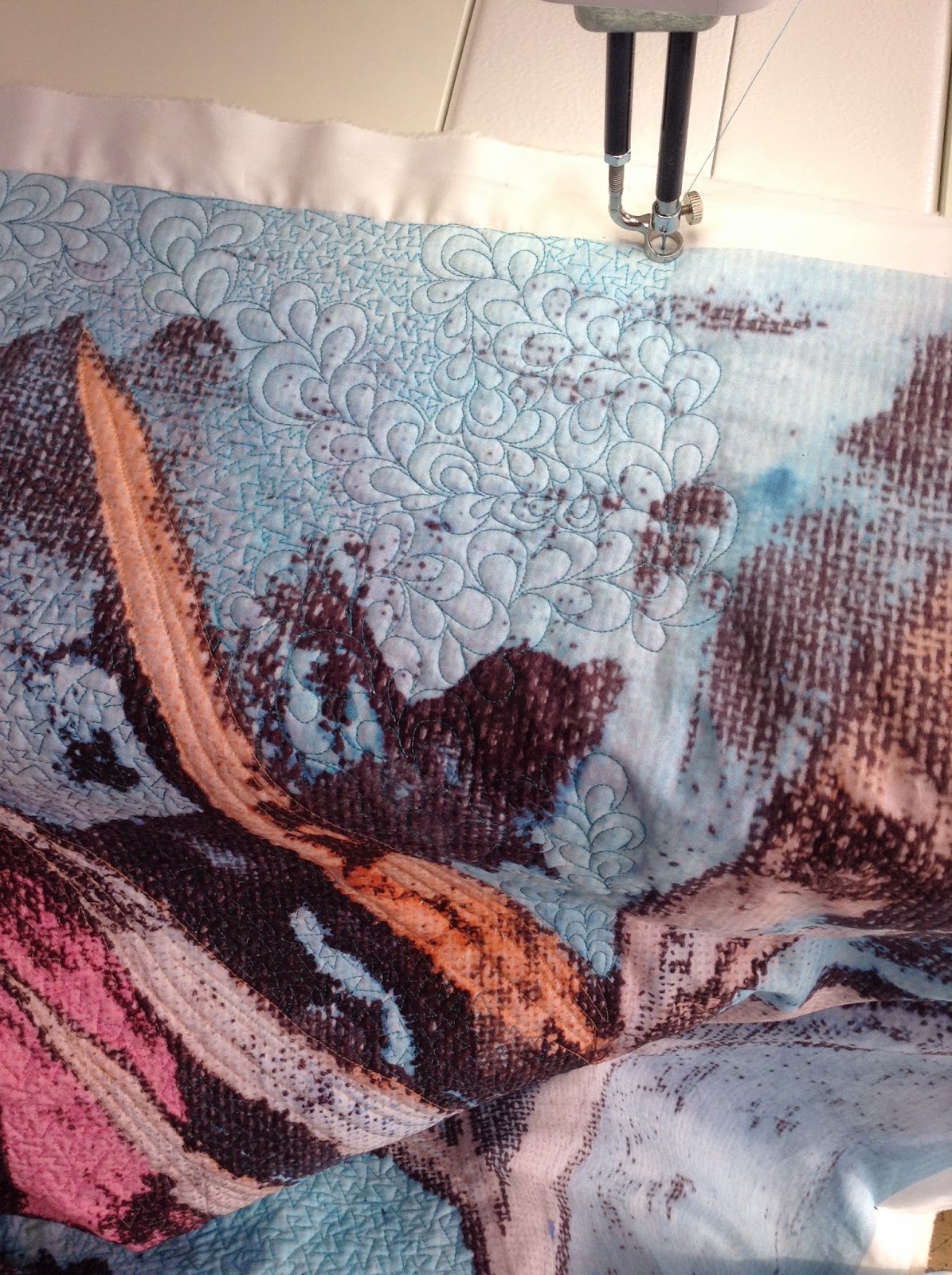 I've wound a few bobbins now. I've never had a separate machine for bobbin winding but this is very straightforward to use and makes short work of the double sized bobbins. I'm using Madeira Cotona 50 in turquoise to fill in the sky area with curvy shapes and working closer angular lines between the feather-like swirls. I'll let you see the whole quilt when I've made more progress.

I'm always amazed at how many people take the time to read my blog - according to the today's stats I'm approaching half a million visits since I started. Wow, wow, wow! Thank you all for being so interested and so loyal.
Love Linda
Posted by Linda Kemshall at 13:42